The Sussexes Are Taking Legal Action Against The Mail On Sunday

Meghan Markle and Prince Harry have announced that they intend to sue the publisher of the Mail on Sunday after the newspaper published a handwritten letter she had sent to her estranged father.
Irish Tatler Staff 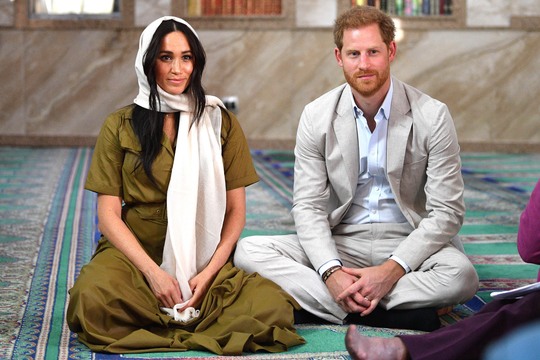 Prince Harry revealed the news in an online statement.

The prince launched an extraordinary personal attack on the British press and their relentless berating of his wife, saying he could no longer be a “silent witness to her private suffering”.

"Unfortunately, my wife has become one of the latest victims of a British tabloid press that wages campaigns against individuals with no thought to the consequences – a ruthless campaign that has escalated over the past year, throughout her pregnancy and while raising our newborn son," Harry wrote in an online statement on the pair's official website.

According to the piece, the Duchess of Sussex filed a claim against Associated Newspapers – the parent company of the Mail on Sunday – over the misuse of private information, infringement of copyright and breach of the UK's Data Protection Act 2018.

Harry added that "this particular legal action hinges on one incident in a long and disturbing pattern of behaviour by British tabloid media. The contents of a private letter were published unlawfully in an intentionally destructive manner to manipulate you, the reader, and further the divisive agenda of the media group in question."

The statement continued: "There is a human cost to this relentless propaganda, specifically when it is knowingly false and malicious, and though we have continued to put on a brave face - as so many of you can relate to - I cannot begin to describe how painful it has been.

"Because in today's digital age, press fabrications are repurposed as truth across the globe. One day's coverage is no longer tomorrow's chip-paper."

He continued by referring to "double standards" of the "specific press pack" which has run positive coverage since the couple has been in Africa on a royal tour.

"They have been able to create lie after lie at her expense simply because she has not been visible while on maternity leave," he wrote.

He called it a "game", one that he and his wife were unwilling to play.

"I have been a silent witness to her private suffering for too long. To stand back and do nothing would be contrary to everything we believe in," the statement reads.

"Though this action may not be the safe one, it is the right one. Because my deepest fear is history repeating itself. I've seen what happens when someone I love is commoditised to the point that they are no longer treated or seen as a real person. I lost my mother and now I watch my wife falling victim to the same powerful forces."

Prince Harry also thanked the public for the ongoing support he and his wife had received and said "we really need it".

The news comes as the royal couple come to the end of their tour in Africa, their first as a family with baby Archie.