Harry and Meghan said they and their communications team will no longer engage with the Mail, the Sun, the Mirror, and the Express.
Irish Tatler Staff 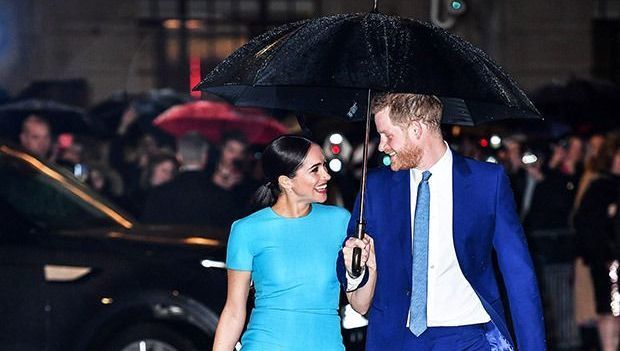 The Duke and Duchess of Sussex have told the UK's tabloid press they are ending all co-operation with them.

In a letter sent to the editors of all the Sun, Mirror, Mail and Express titles and websites, a representative said the pair had taken the step due to "distorted, false or invasive" stories.

Harry and Meghan said they refused to "offer themselves up as currency for an economy of clickbait and distortion".

"There will be no corroboration and zero engagement," they said in the letter, which noted that the Sussexes' communications teams in both the US and the UK would be implementing this policy.

Harry and Meghan officially stepped back as working members of the royal family on April 1 – a move dubbed as 'Megxit' which saw the couple relocate to North America with son Archie.

The Sussexes have cited intense tabloid media scrutiny as one of the reasons for this decision.

In the letter Sunday night, Harry and Meghan emphasized that their decision about cutting off the four tabloids was "not in any way a blanket policy for all media."

READ: Every Question You Have About #Megxit – And What It Means For Meghan Markle And Prince Harry

"This policy is not about avoiding criticism. It’s not about shutting down public conversation or censoring accurate reporting. Media have every right to report on and indeed have an opinion on the Duke and Duchess of Sussex, good or bad. But it can’t be based on a lie."

"It is gravely concerning that an influential slice of the media, over many years, has sought to insulate themselves from taking accountability for what they say or print —even when they know it to be distorted, false, or invasive beyond reason," they said.

"When power is enjoyed without responsibility, the trust we all place in this much-needed industry is degraded."

"The Duke and Duchess of Sussex have watched people they know — as well as complete strangers — have their lives completely pulled apart for no good reason, other than the fact that salacious gossip boosts advertising revenue."

"There is a real human cost to this way of doing business and it affects every corner of society."

The ban on engagement with the papers listed above will mean that the couple's US and UK PR teams will no longer answer calls or emails from such establishments looking to confirm or deny rumours.

The letter said the couple will continue to work with other members of the media, including "young, up-and-coming journalists" to raise awareness of the issues and causes they care about.

"The Duke and Duchess of Sussex are looking forward to working with journalists and media organisations all over the world, engaging with grassroots media, regional and local media, and young, up-and-coming journalists, to spotlight issues and causes that so desperately need acknowledging," the letter reads.

"And they look forward to doing whatever they can to help further opportunities for more diverse and underrepresented voices, who are needed now more than ever.

"We are encouraged that this new approach will be heard and respected."