Prince Harry Wants To Be Referred To As Just 'Harry'

He’s still technically a senior royal until March 31, but at an Edinburgh event on Wednesday, Prince William’s younger brother expressed enthusiasm towards being treated like a commoner.
Irish Tatler Staff 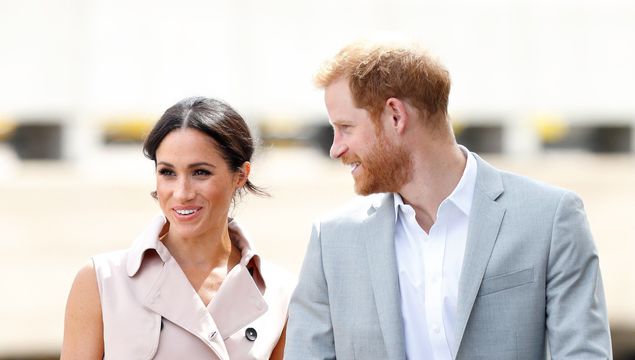 The Duke of Sussex is ready to take things to a first-name basis.

Prince Harry attended the Travalyst sustainable tourism summit in Edinburgh, Scotland, on Wednesday afternoon, one of the last remaining royal obligations for the Duke before he and Duchess of Sussex Meghan’s transition to post-royal life.

And right before he took to the stage to speak, the summit's host, Ayesha Hazarika, informed the audience that the duke wanted to be referred to by just his first name.

"He’s made it clear that we are all just to call him Harry. So ladies and gentlemen, please give a big, warm, Scottish welcome to Harry,” she said as she introduced him.

Later, Hazarika told the Daily Mail that she asked him if the new moniker had anything to do with the decision he and Meghan Markle made to step back from the royal family.

“When I was introduced to him I was a bit worried about what I should say, what were the right things, and he was very relaxed, and just [said] ‘Harry, just call me Harry.’ And that’s very much the spirit of how he wanted the event today,” she said.

READ: Every Question You Have About #Megxit – And What It Means For Meghan Markle And Prince Harry

“He doesn’t need a title. He is such a global figure now, he is recognisable all around the world. People know what he and his wife stand for, the causes they are passionate about. I think this is probably a nod to the future.”

Harry’s speech referenced his passion for the outdoors and the potential impact that climate change could have on tourism in the long run, according to the Telegraph.

“If we do not act, and in large part get ahead of this inevitable surge, this massive increase will mean we see more of the world’s beautiful destinations closed or destroyed, more communities becoming overwhelmed, more beaches shut because of pollution, and animals and wildlife driven from their natural habitat, which has a huge impact on communities and reduces tourism opportunities.”

He was later photographed laughing and giving the thumbs up to other summit attendees.

The topics mentioned by him fall neatly in line with his pivot towards more charitable work as opposed to royal duties.

According to a statement released by the Sussexes, the pair will continue their world in the charitable sector, as they work to establish their new non-profit organisation from 31 March.

Further details about this are said to be released later this year.

It's understood that the causes they have previously supported – the Commonwealth, community, youth empowerment and mental health – will remain the same.

Harry's priorities also include the welfare of servicemen and women, conservation and HIV, while Meghan has focused on women's empowerment, gender equality and education.

READ MORE: Details On Harry And Meghan's Departure From The Royal Family Revealed