Prince Harry addressed the swirling rumours of a strained relationship with his brother Prince William during an interview for ITV's recent documentary, "Harry & Meghan: An African Journey."
Irish Tatler Staff 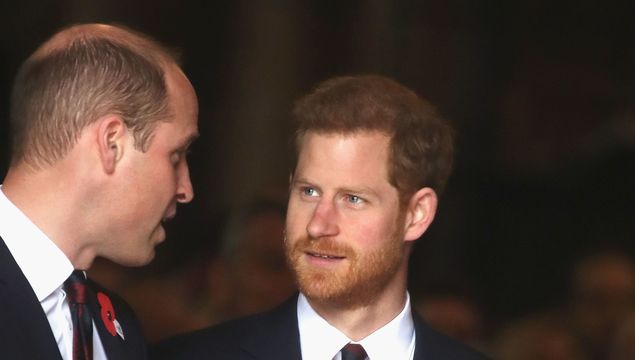 The father-of-one candidly explained that he loves his brother "dearly," but they are "certainly on different paths at the moment."

In the documentary, ITV's Tom Bradby asks Harry about whether the press speculation surrounding rifts between the two brothers was true.

Harry answers wryly, "Part of this role and part of this job and this family, being under the pressure that it's under, inevitably, you know, stuff happens. But, look, we're brothers. We will always be brothers.

“We don’t see each other as much as we used to because we are so busy but I love him dearly.

“The majority of the stuff is created out of nothing but as brothers, you know, you have good days, you have bad days.”

Meghan, who has also been rumoured to have feuded with Kate Middleton, described the past year as "hard" and said her British friends warned her not to marry Harry.

The admission will likely surprise and sadden admirers of the Royal Family, who have long viewed Prince William and Harry as bonded for life after the death of their mother.

However, rumours of a number of disagreements between the brothers have swirled for months now, catalysed by the Sussexes leaving the Royal Foundation they once shared with the Cambridges and then moving into a new home in Windsor from Kensington Palace.

Harry was also asked by journalist Tom Bradby whether Meghan faces the same pressures in the spotlight as his mother Diana, Princess of Wales, whose death in 1997 was widely believed to have been catalysed by an inextricable media presence.

He said: “I think I will always protect my family, and now I have a family to protect.

“So everything that she [Diana] went through, and what happened to her, is incredibly important every single day, and that is not me being paranoid, that is just me not wanting a repeat of the past.”

As the tour ended, Harry, 35, and Meghan, 38, brought separate legal actions against parts of the press.

"Unfortunately, my wife has become one of the latest victims of a British tabloid press that wages campaigns against individuals with no thought to the consequences – a ruthless campaign that has escalated over the past year, throughout her pregnancy and while raising our newborn son," Harry wrote in an online statement on the pair's official website.

According to the piece, the Duchess of Sussex filed a claim against Associated Newspapers – the parent company of the Mail on Sunday – over the misuse of private information, infringement of copyright and breach of the UK's Data Protection Act 2018.