Limelights, Needy Men And Coercive Yeses – Why Are Public Proposals Still A Thing?

What if there is a darker side to the terribly romantic public bended-knee? 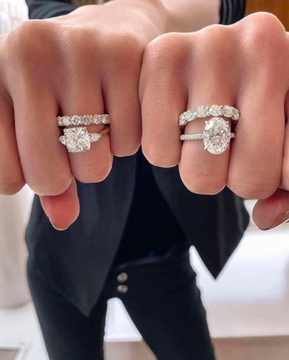 We have somehow found ourselves in a time in which surprise public proposals have become the norm.

Irrespective of the fact that most audibly recoil at the mere thought, the future of 'hijacking' public celebratory scenarios to bend down on one knee seems to be in good, marriage-worthy, hands.

The topic first arose towards during the 2016 Olympics when Chinese diver, Qin Kai, proposed to his girlfriend and fellow diver, He Zi, moments after she had been awarded a silver medal for her performance in the three-metre springboard.

Basking in her triumph, stepping off the podium just after the medal ceremony, Zi was met with her man on one knee, presenting her a diamond ring and a Beauty and the Beast-style red rose encased in glass.

A metaphor if ever there was one.

What a day for Chinese diver He Zi. A silver medal in the Women's 3m springboard followed by a marriage proposal! https://t.co/BwPpZS8JS8

The divisive method reared its head once more when young nurse Kaitlyn Curran was proposed to by her boyfriend Dennis Galvin during the 16-mile-mark of the NYC marathon.

This instance, in particular, unleashed a metaphoric hellscape, with journalists and social media users slating Galvin for everything from spotlight-stealing to dismantling run times.

SHE SAID YES: A woman who was running in Sunday’s New York City Marathon was at mile 16 when her longtime boyfriend hopped over the barrier and dropped to one knee. She ended the day with a medal around her neck and a ring on her finger. https://t.co/8xbZ6P24RM pic.twitter.com/YizdEJYOhc

The most recent notch in this bedpost has been that of 27-year-old Edgaras Averbuchas, who chose his girlfriend Agne Banuskeviciute’s graduation ceremony to get down on one knee.

She was in the process of receiving her English master’s from the University of Essex when Averbuchas sauntered on stage – rather stealing the spotlight, some might argue.

'She said yes!'  papers and commentators were quick to gush. But how could they have said no?

Not only were these women's future husbands engaging one of the most anxiety-inducing acts a person can undergo, but they're doing it in front of a thousand-strong – and sometimes million-strong – worldwide crowd.

The problem with surprise public proposals is that they are, at heart, an act of intense coercion by way of insecurity. It's ricocheting the depths of mob rule to act in your favour. No other instance would such a mechanism facilitated or even work – but, because it's perceived as an act of love and devotion, it's considered sacred.

We can thank Hugh Grant in Love Actually for that one.

At a time when young women boast more agency and independence than ever before, the surprise spotlight proposal can look, at best, dated and, at worst, fake.

But, maybe we're just being cynical. They can seem like a terribly romantic thing to do, and if you are someone whose other half enjoys grand gestures, then what harm?

At the end of the day, the only person whose opinion matters if that of whoever is being proposed to. Banuskeviciute told the media thereafter that she was delighted by the proposal, and no doubt the negative reaction will be framed as bitter, PC-brigade, man-hating feminists failing to rejoice in a couple’s happiness.

But, when a proposal is sprung on a woman during a solely individual achievement, it can smack of egotistical insecurity.

Each to their own and horses for courses, but the guise of a person who cannot let their partner shine solo without sharing the moment screams "you've had your moment, now let's have mine".

READ MORE: A List Of The Most Chauvinistic Quotes Boris Johnson Has Ever Said