The Women's Health Website Dedicated To Answering Every – Yes, Every – Question On The Female Anatomy

One woman's search for a straightforward answer spurred her to change the whole system. 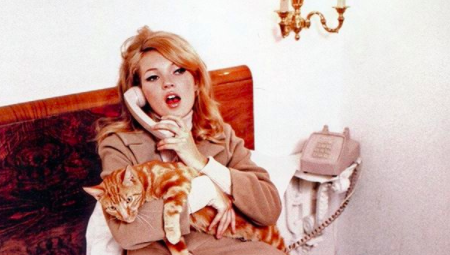 As anyone with a female-assigned body is all too aware, there is a lot of bad information online about your reproductive system.

This is something that Zoe Mendelson, founder and creator of Pussypedia, came across far too often to ignore. A few years ago, she got into a debate with a man she was seeing over a pretty basic question: “Can all women squirt?”

As one does, she took to Google to settle the uncertainty. “I was reading all this bullshit, so I went into medical journals trying to figure it out and I couldn’t understand anything,” Mendelson Vaginatold Fast Company.

“I realized I didn’t know any of the parts they were mentioning, or where they were in my body.”

This, compared with the well-documented issue of healthcare professionals dismissing female reproductive concerns, lead the freelance journalist to create a crowdsourced, accessible, information-packed online resource specifically about the female anatomy and reproductive system.

Mendelson worked with close friend and artist friend María Conejo to create the website, which is available in both Spanish and English.

Everything published on the site is “hyper fact-checked,” Mendelson says, by gynaecologists and medical researchers (though it is not, they emphasise repeatedly, a substitute for an in-person medical opinion).

They also include curated and vetted information from elsewhere on the web, like medical journals, but pick the most essential and comprehensive to avoid the “internet wormhole” that Mendelson descended into during her own Google search.

The reason that Mendelson and Conejo use the term “pussy,” they say, is because of its comprehensivity and whole inclusivity.

The common vernacular when speaking of female nether regions is that of the vagina, which actually only refers to one specific part of the female reproductive system. Through the resource, they want to “reclaim” the word pussy to signify “some combination of vagina, vulva, clitoris, uterus, bladder, rectum, anus, and who knows maybe some testes,” the co-creators write on the site, citing the lack of adequate language for the female anatomy.

They also note that while they are both cisgender women, and the resource relates specifically to female-assigned anatomy, “the site’s focus on genitalia aims to address this specific information gap, not to suggest that this part of the body defines sex or gender,” the founders write.

“To be clear, our pussies do not make us women. Many people with pussies are not women, and many women do not have pussies.”

Mendelson and Conjeo add that as lacking as the information is for cis women, it’s even more nonexistent for trans, non-binary, and intersex people, and emphasize that the work in Pussypedia is a beginning, and could expand to incorporate resources for far more genders and expressions.

Because it’s online, the resource is designed to be ever-evolving. But there are several core features that Conejo and Mendelson wanted to ensure were in place when it launched – such as an interactive 3D model of the whole reproductive system, to remedy the unintelligible 2-D diagrams Mendelson encountered on her own information search.

The whole resource, Mendelson and Conejo hope, is intended to make anyone with questions about their body feel like someone is listening—and most importantly, offering up the information they need, no judgment attached.