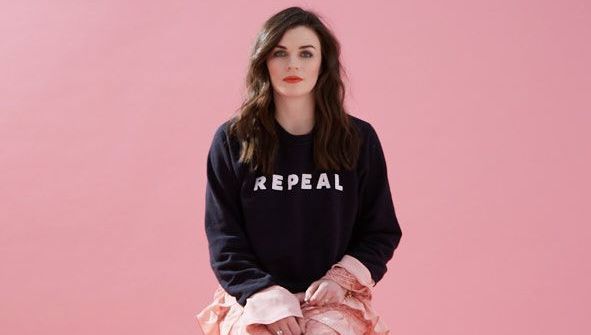 Today, 25 May will mark two years since the decisive result to repeal the Eighth Amendment.

"On 25 May 2018, 1,429,981 people voted to #repealthe8th and legalise abortion in 🇨🇮. I'm still stunned, deeply grateful to the voters, and especially the huge numbers of people all over the country who worked so hard to achieve that historic victory" were veteran activist Ailbhe Smyth's words in a Twitter post today, commemorating the second anniversary of the referendum vote in favour of repealing the Eighth Amendment.

On 25 May 2018, 1,429981 people voted to #repealthe8th and legalise abortion in 🇨🇮. I'm still stunned, deeply grateful to the voters, and especially the huge numbers of people all over the country who worked so hard to achieve that historic victory. #prochoice #Together4YES pic.twitter.com/04PNdiLc8S

The referendum paved the way for a rollout of services from 1 January 2019, 36 years after the introduction of a constitutional ban on termination of pregnancies was introduced.

Terminations are now legal in Ireland for all women, up to 12 weeks’ gestation. Beyond that, abortion is legal only in cases where the woman’s life or health is at risk, or doctors have diagnosed a fatal foetal abnormality.

To celebrate the second anniversary of the vote to repeal the 8th amendment, which finally gave Irish women autonomy over their own bodies, the Irish Film Institue is screening 'When Women Won' – a docu-film directed by Anna Rodgers – which follows the extraordinary journey of the #Together4Yes campaign.

Tomorrow, May 25th, marks the second anniversary of the vote to repeal the 8th amendment. Follow the extraordinary journey of the #Together4Yes campaign in @AnnaRodgersDocs new film, WHEN WOMEN WON. Watch free from tomorrow at https://t.co/3YGgycRTRJ. Trailer: pic.twitter.com/izvPuAQq28

For abortions up to 12 weeks, the government included a requirement for women to wait three days between requesting a termination accessing one. This, the Dublin Well Woman Centre (DWWC) says, has been barring the right to early medical abortions (EMAs).

"Since January last, we have been providing a non-judgmental, caring and supportive medical services to those seeking our help during a crisis pregnancy – but it hasn’t been without complications," says DWWC Chief Executive Alison Begas.

“We have been dismayed by the lack of urgency regarding the introduction of exclusion zones – safe zones for people accessing abortion services at GP offices or hospitals – which should have been implemented in tandem with the legislation.

"We need to see the provision of an effective programme of free contraception – including Long-acting reversible contraceptives (LARCs) – and we won’t stop pushing for progressive change until all those experiencing a crisis pregnancy can feel safe accessing a service that doesn’t impose unnecessary delays.”

Twenty four months since the country's vote and more than a year on from the 1 January implementation, the most common comment iterated of the services is that of a general lack of understanding. Especially, but not solely, when it comes to members of the opposite sex.

Pregnancy is dated from the start of the last menstrual period, while conception usually takes place about two weeks after.

This means that those in a crisis pregnancy are often further along than they had anticipated when they start researching services.

In such circumstances, the three-day waiting period can be the difference between receiving healthcare at home or having to travel.

Speaking at an event last year marking the one-year anniversary, Smyth confirmed that, since January, a "significant reduction" of Irish women have travelled overseas to obtain termination services.

“In the months since abortion services were introduced in Ireland, we are hearing anecdotally that there has been a significant reduction in the number of women contacting UK-based abortion support services,” she said.

“This is evidence of the very real impact the repeal vote is having on Irish women. The most significant impact of the vote has been on the everyday lives of women. Now, anyone who needs an abortion in Ireland is legally entitled to one.

She said 2018's “momentous result means there will be no more boats, no more flights, and no more hiding in shame”.

A positive byproduct of the jarring savagery of the campaign is the galvanisation of women to become politically activated.

Female representation was at an all-time high for both local elections and the European Parliament elections last year – something that's being considered a ripple effect from the repeal campaign.

One such woman is Rita Harrold who ran for European Election. Rita – an active member of ROSA – organised actions with abortion pills which were commented by many as crucial in achieving of 12 weeks on request.

However, until 22nd October 2019, seeking a termination was still a criminal offence in Northern Ireland, unless the mother's life was at risk or there was a serious risk to their mental health. That law included abortion in almost all circumstances, including rape, incest and fatal foetal abnormality and the act itself was punishable by a maximum sentence of life in prison.

With almost 1000 women travelling from Northern Ireland to access a termination in 2017, Northern Ireland’s draconian abortion law had been fiercely criticised by human rights bodies, including the UN Committee for the Elimination of Discrimination Against Women (CEDAW), which called it a “grave and systematic” violation of NI women’s rights.

Thankfully, the efforts of medical bodies, politicians and women’s organisations who campaigned tirelessly to bring Northern Ireland up to speed with the Republic vote did prove fruitful last autumn, with the decision to decriminalise abortion across Northern Ireland and see it regulated in the same way as all other medical procedures.

Anyone experiencing a crisis pregnancy can contact the HSE My Options freephone line on 1800 828 010 or any of the DWWC clinics.