Approval was sought back in May 2019 from Cabinet for proposed legislation aimed at tackling the non-consensual distribution of intimate images. 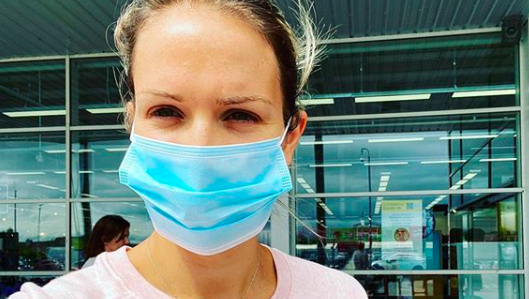 Speaking to Newstalk Breakfast, the Fine Gael TD said that there is still "actually not much" victims can do other than report it.

"I know the huge and very damaging impact that something like this can have on someone," she said.

"There is currently legislation in place around harassment and harmful communications, but what we're doing with this other piece of legislation is strengthening that from the criminal aspect and the criminal side.

"This legislation is a priority for me."

Current legislation linked to the topic falls under The Harassment, Harmful Communications and Related Offences Bill, first proposed by Labour's Brendan Howlin, which provides for a six-month prison sentence upon conviction.

It would also see those convicted face a €5,000 fine, six months in prison or both.

The bill also includes a specific offence of stalking and an expansion of the existing offence to include the sending of threatening or indecent messages to apply to all forms of online communications.

Under the proposal, the maximum prison term for such offences was specified as seven years.

Minister McEntee said she has committed to Howlin that the legislation – which has been in committee stage since May 2019 – will be enacted by the end of the year.

She said that the non-consensual action of posting intimate photos and videos online “is a growing issue and we would hear that anecdotally from the Gardaí and family law lawyers”.

She said that the current laws in place “are totally inadequate to deal with this form of abuse".

READ MORE: AOC's Notes On That Famous Speech Need To Be Seen To Be Believed

READ MORE: An 'Offensive' Tampax Ad Has Been Taken Off Air As A Result Of 84 ASAI Complaints