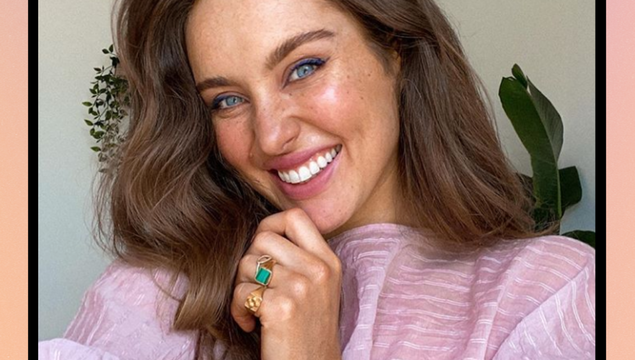 Roz Purcell is no stranger to online critique. In this piece, told to our editor Sarah Macken, she speaks about her own experience with trolling, and what needs to change, quickly.

I was on The Late Late Show about two and a half years ago, but I still remember the message that pinged into my DMs after.

‘I just want to let you know, I’m sitting here with my dad, watching The Late Late, and we can’t actually understand a word you’re saying. If you’re going to be on TV you should really make the effort to at least speak properly.’

I remember clicking into the message, something I wouldn’t do now; I’ve since learnt that if I do live TV, it’s a good idea not to go on Twitter for a while after because everyone feels like they have to have an opinion. This woman’s profile...she had kids, and I felt like saying, imagine how you would feel if someone said that to your children.

Words have impact. After that incident, I enrolled in speech therapy.

I’m a person who leads their life on social media, yet I’ve been very open about the fact that I think these platforms can be really toxic; I’m someone who has considered going off it again and again. As things shift, I think the tide is changing and people are becoming more aware of the fact that they are in control of what they see, not anyone else. In other words, you don’t have to follow accounts that make you feel bad. Nor do you have to follow accounts that make you feel like your life is quite grey and dull.

I don't necessarily agree with the one act of kindness a day thing. f*ck that - just don't be a d*ck

Back in February, I posted to Instagram in the wake of Caroline Flack’s suicide about cancelling culture. I didn’t know Caroline Flack, but it was the first celebrity suicide that made me stop in my tracks. I wasn’t a super-fan, I enjoyed everything she did as much as the next person, but as I stood in my friend’s kitchen listening to the radio, my heart just sank for her and for her family; I can’t even explain it. For me, it really magnified how embedded we’ve become in cancelling culture, and how online has become such a negative place.

Unfortunately, like in so many of these situations, Caroline was the last person you’d think would take her own life. When you think of a successful TV presenter, you might think ‘that person is so talented’, ‘that person has so much to live for’, but it’s clear she found herself in a really bad situation. Could it have gotten better?

The progression around cancelling culture is quite fake. Yes, people should be called out, but they’re also entitled to privacy, and to defend themselves. And, in some cases, a second chance. Everyone should have a second chance. Just look at the recent comeback of Ant Mc Partlin – they were different circumstances but he was given another shot. It’s saddening and unfortunate that no-one seemed to be there for Caroline in this way.

Most worryingly, when it comes to Caroline, the press made her misfortunes our entertainment, and none of us can stand back and say we didn’t click or swipe to watch it all unfold when news of her arrest was announced. I remember at the time thinking how unfair it was that she has to go through that publically...in a position where everyone feels like they’re entitled to a piece of you which must be so stressful. For someone like her who had spent the past decade in the public eye, you feel incredibly reliant on people liking you. To have that backlash, it must have been crushing.

there are times i want to give up social media. but i'd rather be in the room saying something good, then being out of the room altogether.

As someone with relatively thick skin, I can concur that it’s always the negative remark that will stick in your head for days. Do I think about the good messages people send me for days?

Sadly, I don’t. The impact of a troll versus a nice person is so much more.

I’m not positioned to explain why, but it just is. Although our culture means people are quick to pass a nasty comment, I do think that with some time, they regret it. I recently got a message from a girl who had once trolled me, telling me she wanted to apologise for commenting on a photo saying that I had to airbrush myself because I simply don’t look that good in real life. She admitted she was in a really bad place at the time but that her actions had really stuck with her.

How do we really affect change? Getting rid of anonymity online will help.

You very rarely get a profile trolling that badly, if they have images of their own life online, as opposed to a picture of an egg. I also believe that if commenting was a two-step system it would be improved.

So if someone is writing a comment and their words are consistent with those used by trollers, that a message flashes on screen reminding them a) are you sure you want to post this; b) what you say is permanent and c) you are accountable for it. It might cause someone to think before they speak. It’s not just about the individual, however, the change needs to come from those who social media channel and large accounts to make the online space safer.

The progression around cancel culture is quite fake. Yes, people should
be called out, but they’re also entitled to privacy, and to defend themselves.
And, in some cases, a second chance

I’ve banned one thing from my life: scrolling. I used to wake up every morning, scroll Instagram before I got out of bed. I don’t scroll. I use it to post to my feed, I interact with some friends and respond to comments, and that’s it. I audit the accounts I follow and question, do they make me happy; do they give me information; do they inspire me or do they drive me to do something aspirational.

Of course, there are times I want to give up social media. But I’d rather be in the room saying something good and spreading positivity, then being out of the room altogether. If you simply unfollow an account that spreads negativity, nothing changes. We need to learn how to ask questions or challenge things in a non-aggressive way - our choice of language has never been so integral. I haven’t been nice 100 per cent of the time, there have definitely been times in my life where I didn’t have time to stop and talk to people - there were a good five years where I was going through disordered eating where I just wasn’t a good person. I think I was so consumed with what was going on in my own head that I was down and quite aggressive, and miserable to be honest.

I don’t necessarily agree with the one act of kindness a day thing. F*ck that - just don’t be a dick. Be nice to people and give them your time. You will be remembered so much more for your kindness, than for what you look like, or how many followers you have on social media. It shouldn’t be a case that you want everyone to like you, it should be a case that it’s our mentality that we are kind to people.

This article was extracted from the April edition of Irish Tatler.

READ: The Camogie Player Whose Assault Allegations Caused Trolls To Target Her