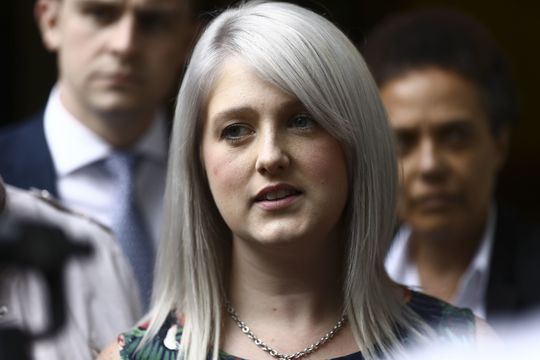 Over 900 women travelled to England and Wales from Northern Ireland during last year to terminate pregnancies.

Northern Ireland resident and campaigner Sarah Ewart will try this week to get a verdict that the region’s abortion laws are in breach of human rights and must be changed.

The challenge comes after the Supreme Court found that abortion laws in the North are in breach of human rights legislation.

Her lawyers argued that the current regime breaches Article 8 of the European Convention on Human Rights, dealing with entitlements to private and family life.

Five years ago, aged just 23, Ewart travelled to an abortion clinic in England to terminate a much-wanted pregnancy that was otherwise going to end with the birth of a baby with a foetal abnormality.

Ewart is being supported by Amnesty International, one of five intervenors in the case. The others include the Human Rights Commission, Humanists UK, Centre for Reproductive Rights and Precious Life.

“This is a huge moment. People everywhere will have their fingers crossed with hope that the Belfast court rules in favour of women’s rights & reproductive freedom...this must be our time for change.” case starting shortly @MrsEtoB @JaneChristie9 #NowforNI https://t.co/uULS4q9O8y pic.twitter.com/IKA0Ugepmt

“It is really nerve-wracking but I am really hopeful that the High Court listens to what the Supreme Court has previously said – that women here who find themselves in the circumstances that I found myself in will get the help and the treatment that we need in our hospitals with our own medical teams," Ewart said ahead of Wednesday's hearing.

“This is a medical situation that I found myself in; five years down the line I am reliving the stress and the trauma all over again.

“I should not have to be here, sharing my story again, so I am hoping this time will be the final time through the courts, that we will get the help that we need.”

"The Supreme Court spoke loud and clear in 2018 that the law in Northern Ireland violates women's rights. We urge the Belfast court to do same," Grainne Teggart, NI Campaigns Manager for Amnesty UK said.

"It is a damning indictment on the UK Governments failure to prioritise the rights and healthcare of women in Northern Ireland that Sarah and others are being forced through the courts to have their rights realised. We call on the UK Government to stop ignoring the harm caused by NI's near-total ban and deliver long overdue legislative reform."