A Petition To Remove Sexist Terms From The Oxford Dictionary Has Received 30,000 Signatures

"These examples show women as sex objects, subordinate, and/or an irritation to men." 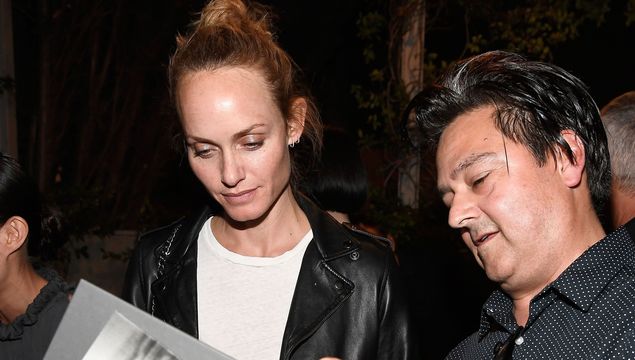 A petition calling on Oxford University Press (OUP) to change the “sexist” definitions of the word woman in some dictionaries has been signed by 30,000 people.

According to the Guardian, Giovanardi was seeking inspiration for a women's rights group name when she discovered a wealth of derogatory entries under the word 'woman'.

Sentences chosen to show usage of the word woman include: “Ms September will embody the professional, intelligent yet sexy career woman” and “I told you to be home when I get home, little woman”.

Such sentences depict “women as sex objects, subordinate, and/or an irritation to men”, the petition says.

“They are offensive and I don’t believe they are synonyms for ‘woman’,” she told the paper. “I don’t understand why they are there.”

Now, Giovanardi's army contains some 30,000 signatories, all looking for the same thing; to “eliminate all phrases and definitions that discriminate against and patronise women and/or connote men’s ownership of women”, to “enlarge the dictionary’s entry for ‘woman’”, and to “include examples representative of minorities, for example, a transgender woman, a lesbian woman, etc”.

In response, OUP’s head of lexical content strategy Katherine Connor Martin has said that editors are investigating “whether there are senses of woman which are not currently covered but should be added in a future update”.

Pointing out that the content referred to in the petition is not from the scholarly Oxford English Dictionary, but from the Oxford Thesaurus of English and the Oxford Dictionary of English, which are drawn from “real-life use” of language, Martin said: “If there is evidence of an offensive or derogatory word or meaning is widely used in English, it will not be excluded from the dictionary solely on the grounds that it is offensive or derogatory.”

“Nonetheless, part of the descriptive process is to make a word’s offensive status clear in the dictionary’s treatment. For instance, the phrase the little woman is defined as ‘a condescending way of referring to one’s wife’, and the use of ‘bit’ as a synonym for woman is labelled as ‘derogatory’ in the thesaurus,” she said.

“Sensibilities regarding language are constantly changing, and our editorial team is always grateful for feedback to ensure that the status of offensive or denigrating terms is clear to our readers.”

The petitioners also criticise the fact that “the definition of a ‘man’ is much more exhaustive than that of a ‘woman’ – with 25 examples for men, compared to only five for women”.

The OUP added that dictionary staff “are taking the points raised in the petition very seriously . . . As ever, our dictionaries strive to reflect, rather than dictate, language so any changes will be made on that basis.”

READ MORE: A Fleabag Book Will Be Here Very Soon

READ MORE: Meghan Markle Has Renewed The Trademarks For The Tig And 'Tigtots'