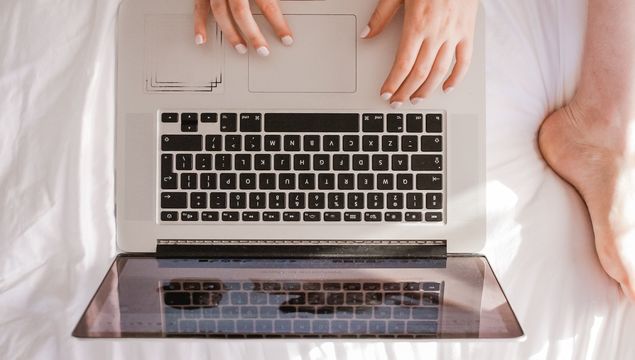 Sextortion is a form of blackmail where a perpetrator threatens to reveal private and/or intimate images of the victim online unless they give in to a list of demands.

Perpetrators regularly target their victims through dating apps, social media or webcams. These demands are typically for financial gain or further intimate images.

While sextortion can be committed by individuals, organised crime, according to the PSNI, is commonly behind it.

Webcam blackmail usually involves people being lured into taking off some or all of their clothes in front of their webcam, only to be told that you have been recorded and that the video will be posted online and/or shown to the victim's contacts unless a fee is paid - usually a substantial sum of money.

The phenomenon is under-reported due to shame and embarrassment, which is exactly what the scammers rely upon and why people tend to pay up almost instantly.

Gardaí say they receive approximately a dozen reports of incidents each year but they also receive numerous inquiries from people who don’t want to make a formal complaint.

The 'online disinhibition effect' plays hugely into the hands of online scammers.

Cyberpsychology researcher Nicola Fox Hamilton told The Journal explained that this means people are more likely to say and do things online that we wouldn’t do offline.

“Anonymity is a part of it because we think that other people don’t know who we are, even to a certain degree, we’re more likely to say things that we wouldn’t. Invisibility is a big part of it,” Fox Hamilton says.

"If you can’t see the other person, you can’t see how they’re reacting, you can’t hear their tone of voice, their facial expression, you’re more likely to say things that you might not say offline."

Sextortion became prevalent in Ireland as a result of a series of scams which saw aggressive emails sent to Irish inboxes accusing the target of being a paedophile.

Scams of this nature saw an uptick when shares in bitcoin skyrocketed in Ireland.

Gardaí state that if you are a victim of 'sextortion', you should follow these five steps:

READ MORE: Complaints About Prime Time’s Transgender Programme Have Been Rejected By BAI