Sienna Miller has succinctly reminded the world not to reduce a woman, specifically, to her sexual past.
by Kate Demolder 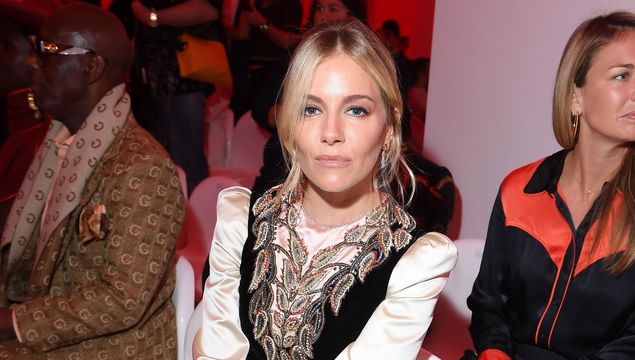 In the actress' latest interview with The Sunday Times Style, Miller declined to discuss her sexual past.

The accomplished actress and mum-of-one politely declined to answer an interview question regarding her previous relationship with Harry Potter and The Deathly Hallows actor Rhys Ifans, asking the interviewer: ‘What is the point of listing someone’s sexual history? It is totally gendered.’

Miller continued, explaining that the 'responsibility falls on the media to handle women responsibly and to apply the same rules interviewing actresses as they do to actors.

‘And I can guarantee you, having read enough interviews about this, that these questions aren’t mentioned with men.’

The 37-year-old – who stars in the upcoming film American Woman – went on to talk about how she became the focus of media attention in the early days of her career, particularly during her relationship with actor Jude Law.

‘Somebody who has been as scrutinised as I was, of course, privacy is going to be something you know how to be protective about, and with a good reason,’ she added.

Miller was recently honoured at the Deauville Film Festival on Wednesday night, taking the festival's talent award for her role in the indie drama.

The actress said this film is already the “one she is most proud of," and that despite being a movie star for over a decade, American Woman feels like her first leading role.

Miller's acting resume features high-profile roles in box office films such as Foxcatcher and American Sniper but has always played the wife or girlfriend of the male hero throughout. Even in the star-making Factory Girl, her Edie Sedgwick was an adjunct to Andy Warhol.

“In many cases, I still fantasize about going and retelling the entire movie from my character's perspective,” she said of her previous roles.

American Woman, which is released in the UK and Ireland on 11 October, follows a woman through several stages of her life and the tragic events that shape her – including the disappearance of her teenage daughter.

“It's the kind of film that is being made today, I think, because of a shift in our industry to focus on telling female stories,” Miller said of opportunities of the #MeToo era.

“Studios are being much more cautious in how they value women, how they treat women," she added.

Still, the actress believes that there's a gender gap with viewers.

“Not one of them asked where the father [of her child] is.”

Next up for Miller is 21 Bridges, where she spent weeks working in the “really male world” of NYPD homicide detectives, spending time on a gun range.

“The first time I had to shoot a gun, I was dreadful at it and I couldn't do it without blinking, and I got better," she said. "There's a little more grit in me.”

READ MORE: A Campaign To Launch A Four-Day Work Week In Ireland Has Launched