The Taoiseach will on Tuesday make a formal State apology to the women and families affected by the CervicalCheck scandal which saw numerous women fall victim to ovarian cancer. 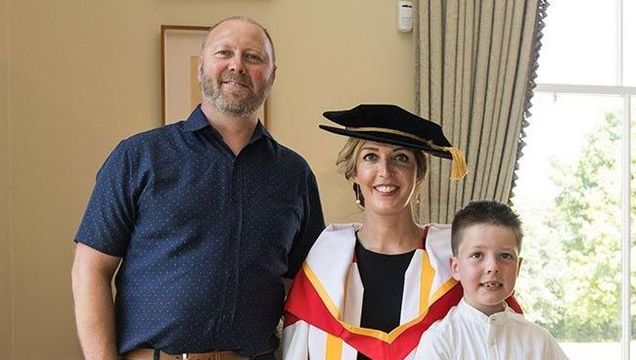 The State will offer a formal apology on Tuesday for failures in the CervicalCheck service to women and families affected.

Taoiseach Leo Varadkar is due to address the Dáil at 3pm to express that the State failed hundreds of women by not informing them that they were given incorrect all-clear smear test results before later being diagnosed with cancer.

More than 1,000 women and families have been affected by the CervicalCheck crisis.

Almost 80 women affected by the scandal will be there to hear it along with members of their families.

In a statement, the 221+ patient support group said it hopes the apology marks a turning point in the State’s “attention to effective governance and accountability” in women’s healthcare.

A spokesperson for the group said it was essential that the failures were acknowledged at the highest levels of the State.

“We have always highlighted that true acknowledgement of the impact [of the scandal] could only come with a full understanding on the part of the State – at the highest levels – of what it got wrong, of the impact those shortcomings had on individual women and families and of what is needed to make sure this doesn’t happen again.

“Over recent months, An Taoiseach has met with women and families of 221+ to listen to their stories directly.

“Our desire for tomorrow is that it will help bring some healing for those impacted and mark a turning point in the State’s attention to effective governance and accountability in the provision of essential health and support services to women in Ireland.”

The failures first came to light in April of last year, with the settlement in the Vicky Phelan High Court case.

The screening service failed to tell women their original slides had been reviewed and that some women may have benefited from earlier care.

The author of two reports into the CervicalCheck controversy said the issuing of a formal State apology is "a momentous step and quite unprecedented."

Dr Gabriel Scally said there was a "complete failure from top to bottom" in the cervical screening programme and that some of the women and their relatives had been treated "appallingly badly."

Speaking on RTÉ's Morning Ireland, he said it has been a disturbing episode in health care and it was quite proper that the Taoiseach makes the apology.

READ MORE: As Of Today, Abortion Is Decriminalised And Same-Sex Marriage Legalised In NI