Surviving R Kelly Will Air On Irish Television In February 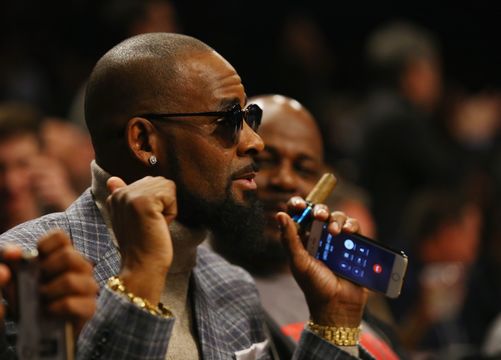 According to news reports, the singer’s sexual misconduct dates back to 1994.

Surviving R. Kelly, the explosive docu-series – which has garnered global media attention since the start of the year – will be readily available for Irish people to watch on TV in February.

The series follows allegations made against the artist ranging from violent and controlling behaviour to pedophilia. Featured are the numerous women who have accused the singer of abusive behaviour, including several women who were involved in what is being called a 'sex cult'.

Kelly has been dogged by controversy throughout his career. In 2006, he stood trial on child pornography charges but was found not guilty. Kelly has also been accused of marrying the late singer Aaliyah illegally when she was just 15 years old.

Most recently, a wide-ranging BuzzFeed report detailed allegations that R. Kelly was in charge of an abusive cult.

Following a wave of abuse claims, Spotify, Apple Music and Pandora – among others – removed R. Kelly's music from their services at the end of 2018.

At the time of writing, Kelly is still signed to his record label and denies all the allegations levelled against him.

The show originally aired on Lifetime in the US at the start of this January, sparking international debate regarding the different moral standard we apply to higher-profile members of the media and the importance of separating art from the artist.

Since the six-part documentary detailing allegations against Kelly premiered, multiple artists have apologized for working with Kelly, including Lady Gaga, Nick Cannon and Chance the Rapper.

Irish viewers will be able to view the topical docu-series in February on the Crime & Investigation channel.

The first two episodes will air on 5 February at 10pm and 11pm, and the remaining four will air every Tuesday from then on.

READ MORE: One Year On – The Cranberries To Mark Dolores O'Riordan's Anniversary With Song