Upskirting is the practice of taking unauthorised photographs under a woman's skirt or man's kilt.
Irish Tatler Staff 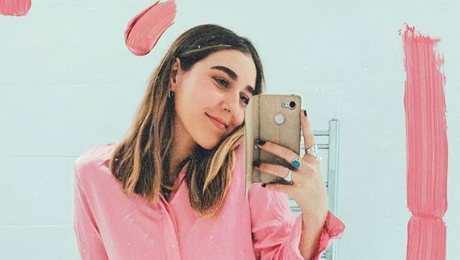 The practice has been a punishable offence in Scotland since 2010.

An upskirting allegation has been made to police nearly every single day since legislation deemed it a criminal offence in the UK from January 2019, according to the Evening Standard.

Data, collated from 35 police forces, found that 153 incidents had been reported to police in 182 days – amounting to almost one per day since the law was created.

The aforementioned figures showing the impact of the Voyeurism (Offences) Act showcased that schoolchildren were among alleged victims who contacted forces.

By comparison, 94 incidents were reported to 25 constabularies across England and Wales in 2018, the year before the ban was introduced.

They took place in schools, shopping centres and other public places.

Upskirting is the practice of taking unauthorised photographs under a woman's skirt or man's kilt. The new legislation, which was approved in the House of Lords last year, will see offenders face up to two years in jail.

Gina Martin, the woman who launched the campaign against 'upskirting' – after being targeted and violated some two years ago at a music festival – took to Twitter to share that she believes the law is already catching repeat offenders, including convicted paedophiles.

8 months in to our new law being usable and the numbers are rising. These numbers are only just ~beginning~ to reflect the scale of the issue, but we're already catching repeat offenders and serious offenders too – including convicted pedophiles.

The law is working. https://t.co/6CSbC7lSmY

She then urged members of the public to 'be an ally' by taking images of perpetrators, alerting victims and reporting to police.

Upskirting falls into the remit of The Harassment, Harmful Communications and Related Offences Bill in Ireland, which provides for a six-month prison sentence upon conviction.

It was originally put forward by the Labour Party in 2017 and is based on a Law Reform Commission report, which recommends the outlawing of two kinds of incidents: one which forbids the posting online of intimate images without consent, the other which will prevent secretly filming or photographing private areas of a person, also known as ‘upskirting’ and ‘down-blousing’.

Issues regarding the sharing of nonconsensual imagery were raised in hearings being held by the Oireachtas Justice Committee into online harms, which will result in a report with recommendations for legislative changes.

Examples were made out of two separate instances which saw Irish women Dara Quigley and Jacqueline Griffin at the centre of circulated media in vulnerable circumstances.

Videos of Quigley, a woman with mental health issues who took her own life in April 2017 after images of her running naked, which were originally held by Gardaí, were circulated and subsequently shared online.

Similarly, Griffin, a woman who died via a road traffic accident some years ago on the M50, was recorded and subsequently shared online.

Elizabeth Farries of the Irish Council of Civil Liberties said their statement was “in memory” of Dara Quigley and said her mother, Aileen Malone, was attending the hearing.

She said the sharing of CCTV, held by An Garda Síochána, of Ms Quigley running naked, first within a WhatsApp group and then uploaded onto Facebook, was “an injustice” and that, two-and-a-half years on, no organisation or individual had been held responsible.

READ MORE: Why The Concept Of Gender Is Becoming Outdated

READ MORE: Every Question You Have About #Megxit – And What It Means For Meghan Markle And Prince Harry