"Get Vaccinated," Parents Of Child Who Went Blind Due to Flu Urge

A four-year-old girl in the US nearly died and is now blind because of the flu, and her parents have a message: Get your child vaccinated. 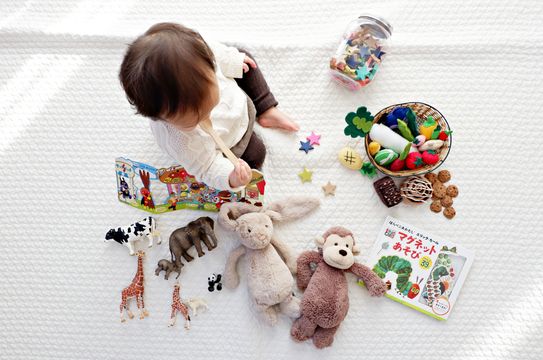 "If I can stop one child from getting sick, that's what I want to do," said Amanda Phillips. "It's terrible to see your child suffer like this."

A four-year-old girl, who did not receive a flu shot this season according to CNN, contracted life-altering influenza a few days before Christmas, which resulted in her quality of life deteriorating rapidly and eventually eradicating her sight.

Jade DeLucia, from Iowa, spent nearly two weeks in the intensive care unit at the University of Iowa Stead Family Children's Hospital, something her parents say is a direct result from not getting vaccinated.

The first symptoms began on December 19, according to her mother.

A few times over the next several days, Jade spiked a low-grade fever, something her mother assumed was a simple bug.

"There wasn't any sign that would've told me that something was seriously wrong with her," she tells CNN.

Know where to go if you are ill this winter #BeWinterReady pic.twitter.com/1sQ1Pf5RYb

However, on Christmas Eve morning, her father found Jade lying in bed, unresponsive and burning hot. It was Christmas Day when they found out that the flu had contributed to Jade's extensive brain damage.

Jade returned home on January 9. Relieved to have her daughter back home, Phillips wants to get a message to other families about the flu shot.

People with the flu or flu-symptoms are currently making up half of all patients in hospital emergency departments waiting to be admitted to beds, adding to the serious strain on the health service in recent weeks.

At least 20 people have died from the illness so far this season with up to 100 people expected to die before the flu season ends, according to Dr Kevin Kelleher, HSE Assistant National Director for Public Health.

There is still time to get the the flu vaccine, even as flu circulates around Ireland. The vaccine is particularly important if you have a long-term health condition, and can protect you from the strains of flu. Don’t let the flu get to you. https://t.co/5ZnO6RFY1b#YourBestShot pic.twitter.com/AtvKdw7MFE

Health officials advised people with flu-like symptoms to isolate themselves and stay at home to treat the illness where possible.

To learn more about getting vaccinated in Ireland, click here.

READ MORE: #GE2020: How To Ensure That You Are Registered To Vote