Vicky Phelan To Campaign For 'Dying With Dignity' Bill

The cervical cancer campaigner and patient advocate has given her backing to a 'right to die' bill that will be brought before the Dáil later this month. 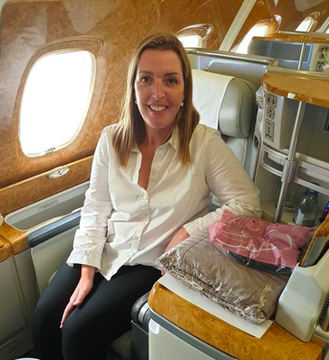 Vicky Phelan has announced that she intends to campaign for a 'right to die' bill when the Dáil reconvenes.

First introduced as a Private Member's Bill by TD John Halligan in 2015, the Dying with Dignity Bill seeks to "make provision for assistance in achieving a dignified and peaceful end of life." The bill never progressed some five years ago by way of a government collapse.

Now, it is set to be reintroduced for consideration by Solidarity-People Before Profit TD Gino Kenny this month.

"He told me that he was going to take on this bill and bring it forward and introduce it to the Dáil when they return in September, and wanted to know would I support him with campaigning for this bill to be brought forward," she told Andrea Gilligan.

"And I said 'absolutely'. I have a huge vested interest in this, I've done a number of articles about it already, and to be honest even before I was diagnosed with cancer, I would have been in favour of it.

"I have seen people, family members, die who had been terminally ill with cancer. And I think until you see that, you don't realise how much pain and suffering some people are in.

"There is a period towards the end, particularly with some particular cancers, that it's very hard to control the pain – and mine is one of those cancers. And I suppose because I'm so young and I have such young children, I have nightmares about this, to be honest."

According to reports, she has asked TDs to consider their position on this bill before returning to the Dáil, adding that the proposed bill will not leave people vulnerable to being coerced into making a decision

"We all know how slow things are in this country. Here we are five years later and it's still ongoing. I would ask all 160 TDs to really engage in this debate on this bill and think about their positions now before this bill is introduced.

"I do think that the bill provides for safeguards; there have to be two medical practitioners that have to sing the declaration and it has to be signed by the person themselves," she added.

"It can't be signed by someone with dementia, for example, the person has to have their faculties about them to make the declaration."

At its core, the bill proposes to amend the Suicide Act of 1993 so that a medical practitioner who provides assistance in accordance with the Act, by prescribing and administering a substance to assist with ending a qualifying person’s life, would not be guilty of a criminal offence.

"It's not like it's something that I want to choose today or tomorrow, I have a great quality of like at the moment, that's the point," Phelan told Newstalk.

"It's when I get to a stage where I know there's no coming back. When they tell me that literally it's a week or two weeks, that's when I want to have this available so that I'm not having to worry about my family watching me linger and waiting for me to die.

"I'm just hoping that when the Dáil comes back in September, I would really ask all of the 160 TDs to really engage in this debate about this bill and to think about their positions now before the bill is introduced."