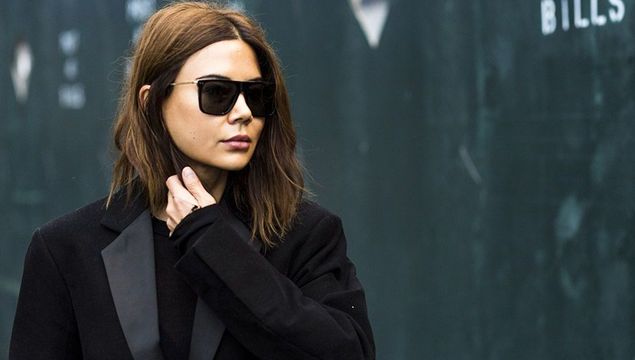 The chilling statistics were revealed as part of Women’s Aid's Femicide Watch 2018 report.

It seems a month can’t go by without news of an attack on a woman in Ireland. This year alone, seven women died violently in Ireland, according to domestic abuse charity, Women’s Aid.

The most chilling detail in the charity's Femicide Watch 2018 report is that a huge percentage of women murdered in Ireland are killed by men they know. According to the report, of the 225 women that have been murdered here since 1996 nine out of 10 were killed by a man known to them.

More than half of those women were murdered by their current or former boyfriend, partner or husband and 61 per cent of women were killed in their own homes. And a total of 16 children were also killed alongside their mothers.

Ireland is not alone in this either. Earlier this year, Broadly reported that 49 women were killed in the three years between 2015 and 2017 despite reporting their killers to police for threatening behaviour prior to their deaths. It has since discovered that six women in Scotland were also killed by men they had previously reported to police for threatening behaviour.

Here, Women’s Aid has called for the introduction of formal reviews of domestic killings “as a matter of urgency to help protect women and children and save lives”.

“When women call Women’s Aid and tell us that they are afraid for their lives, we believe them.  We know just how dangerous domestic violence can be. It is time to act... And we must recognise the strong connection between the killing of women and domestic violence.”

The media reporting around these domestic murders has also been called into question in recent years. Women’s Aid has called for guidelines on reporting of violence against women to be set out by the Press Ombudsman. And the typical narrative of the ‘quiet family man’ who snapped and murdered his partner and their children is no longer being tolerated.

There was a social media outcry in 2016 when, in the reporting of Alan Hawe’s murder of his wife Clodagh and children Liam, Niall and Ryan, Clodagh’s name was rarely mentioned. It sparked a trending Twitter hashtag #HerNameWasClodagh and shone a light on how areas of Irish media have reported such atrocities until now. The Irish public, women in particular - so vocal around marriage equality and the Repeal campaign  - is increasingly calling out media for such erasure of victims.

In a year when Ireland voted to give women bodily autonomy, we have also seen how alleged rape victims are treated by the legal system - and the powerful social conversations that follow. The now notorious Belfast rape trial caused a country-wide discussion about how victims are treated by the legal system. More recently, the parading of an alleged rape victim’s underwear around an Irish courtroom causes outrage worldwide. Irish people taking to the streets in protest is further proof that we are in a new era, even if it'll take time for us to get there as a country.

As the Government promises to be take steps to address the issue of sexual violence in this country, we are beginning to have conversations about all aspects of that issue, as well as abuse and domestic violence. It’s clear there is much to do to encourage women to speak up, and for others to take their words seriously. But the Ireland of today is not the one of old and the story is starting to change. Lives will be saved because of it.