Calls For 'Virginity Repair' Surgery To Be Outlawed

Over 100 women have reportedly undergone the procedure in NHS hospitals between 2007 and 2017, but the real number is believed to be far greater. 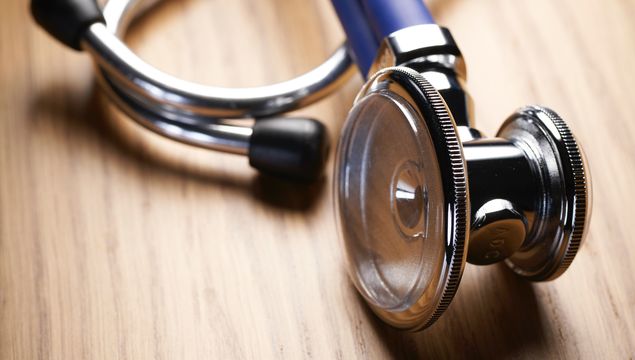 The procedure isn't uncommon for women of the Islamic faith, who risk being outcast, or in extreme cases killed, if their spouses or families discover they have had sex before marriage.

A hymenorrhaphy is a surgical procedure that aims to repair the hymen by stitching it back together.

Also known as hymen reconstruction, it is not considered a part of conventional gynaecological care and is often classified as a plastic surgery procedure, mainly due to its lack of a medical purpose.

The procedure sees doctors restore a layer of membrane at the entrance to the vagina. Despite the desire to ban it entirely, there are, according to the BBC, concerns a ban would increase the dangers to Muslim women by driving the procedure underground.

Virginity is an important concept in Islam, and the Quran explicitly prohibits extramarital sex in Surah 17.

A number of clinics in the UK, Germany and the Netherlands offer the service, which lasts between 30 minutes and an hour.

Guidelines from the General Medical Council (GMC) state a patient's consent to undergo a procedure should come into question if it is suspected of being "given under pressure or duress exerted by another person".

Hymens come in different shapes, but most often they're shaped like a half-moon, allowing period blood to leave the vagina.

Most young people are lead to believe that penetrative sex will result in a 'breaking' of the hymen, which will cause an undisclosed amount of blood to flow not too dissimilarly to a period –the family of a young Muslim woman expects there to be blood on the sheets after the wedding night.

At best, these misnomers are harmless – at worst, they perpetuate sexist notions of female virginity and leave women feeling baffled by, and detached from, their own vaginas.

READ: Debunking Myths: The Hymen – No, It Does Not Break

The tissue might rip, stretch, or wear away, but it does not break.

Just before girls hit puberty and then during, estrogen increases the elasticity of the hymen, meaning it can stretch, even after sex. As women age and participate in activities including sex and exercise, and experience childbirth, the hymen usually thins and wears away, though not always and not entirely.

Other cosmetic genital procedures, such as labiaplasty, which involves the lips of the vagina being shortened or reshaped, have become increasingly popular in Western society.

November of last year saw rapped T.I. come under fire when he revealed that he accompanies his daughter to annual doctor's visits to have her hymen examined to ensure she has remained virginal.

When it was pointed out that a woman's hymen can be broken outside of sexual activity, T.I said: "So then they come and say, ‘Well, I just want you to know that there are other ways besides sex that the hymen can be broken like bike riding, athletics, horseback riding and just other forms of athletic physical activity’.

In 2018, the World Health Organisation, UN Human Rights and UN Women all condemned 'hymen checks' such as these, calling them "medically unnecessary, and oftentimes painful, humiliating and traumatic."

READ MORE: Controversial 'Marry-Your-Rapist' Bill To Be Introduced In Turkey

READ MORE: Tinder Is Adding A Panic Button For When Dates Go Wrong