What Time? What Channel? Who's Hosting? Every Question You Have About Winter Love Island, Answered. 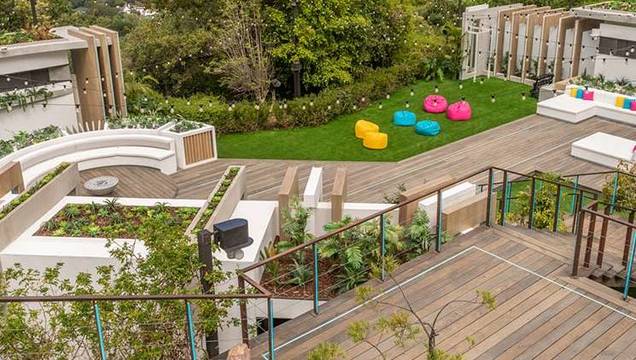 However, we come bearing some brilliant news: you won't have to wait much longer for your next instalment of TV’s most talked-about summer series, as there will be two series of Love Island on ITV2 in 2020.

In my natural habitat as a true island girl ☀️

With the summer well and truly behind us, the official start date has been leaked - and it looks like the much-loved dating show will be back in January. This time around, a cast of new models and Instagrammers will be stuffed into a villa in South Africa and urged to forge romantic connections with a view to taking home a cash prize.

When is Winter Love Island on TV?

Sooner than you’d think. The brand new series is hitting our screens straight after the Christmas slump, with sources reporting Winter Love Island start date is the Sunday, 12th January 2020.

It had previously been rumoured that Love Island would be returning on Wednesday, 8th January 2020 but ITV announced the news on Twitter that the series will return this Sunday, January 12.

January, don’t be such a melt.
It’s time to thaw out those inflatables, @loveisland is BACK!
✈️濾#LoveIsland Returns Sunday 12th January @ITV2 pic.twitter.com/tpHAxlVD10

What time is winter love island on at?

Love Island will start on Sunday, January 12 at 9 pm

HOW CAN I WATCH winter love island on at?

Winter Love Island will be returning to Irish TVs thanks to Virgin Media One. Once episodes have aired, the show will be available to watch via the Virgin Media player.

Where is Winter Love Island set?

Caroline Flack confirmed during the Love Island 2019 finale that the show that the winter series will be taking place in Cape Town.

The South African summer runs from December-March, so it should be hot enough for all the Islanders to get their abs out while you sit on the couch eating your third selection box of the day.

Who are the contestants in Winter Love Island?

The initial Winter Love Island 2020 line-up has now been revealed. Here’s the first bunch of islanders hitting the villa in South Africa:

Leanne is a 22-year-old customer service advisor from London, who once competed for the title of Miss Ghana UK. She’s looking for a rugged man and describes herself as “unpredictable.”

The Bristol-based beauty consultant is known to her friends as Princess Jasmine and she’s heading to the villa to find her Aladdin. She describes herself as “sassy and fun” but not afraid to go after what she wants…

Twins Eve and Jess Gale are students and VIP hostesses from London, heading to the villa together where they insist they’ll look out for each other and won’t fight over boys. We’ll see if sisterhood really is the “ultimate girl code” when the competition starts…

Shaughna is a democratic services officer who describes herself as “clever,” but says her worst habit is thinking she’s always right. That said, she likes to get on with everyone and has a crush on former Love Islander Jack Fincham.

Sophie Piper is the sister of Saturdays singer Rochelle Humes who has her own modelling career and a crush on heavyweight boxer Anthony Joshua. She’s also old friends with former Love Island winner, Kem Cetinay.

Paige describes herself as “loud, boisterous and fun” so should make a big impression on villa life. She once dated superstar singer Lewis Capaldi and although their romantic relationship ended, they remain friends.

Mike is a former footballer who now works as a police officer in Manchester. His brother, Samuel, was a candidate on The Apprentice in 2016 and he’s kept in touch with friends from his football days, including Everton forward Dominic Calvert-Lewin.

Connor is looking for an outgoing girl who he won’t be “embarrassed” to introduce to people. He says, “I don’t want to make a complete fool of myself but if I like someone I will tell her and I will go for it.”

This scaffolder describes himself as a cheeky chap with builders banter. His type is women with dark hair and red lipstick, mentioning Megan Fox as his celebrity crush.

Nas describes himself as “very different” to guys who have been on Love Island before, who’s looking for a “cute and funny” girl in the villa. His worst habit? Laughing in awkward situations. Surely, that won’t cause any problems…

Ollie comes from a prolific family as heir to the Manor of Lanhydrock and describes himself as an alpha male. “I’m attention seeking and I like to be the centre of what is going on at the time,” he says.

Is there a trailer for Winter Love Island?

...there were. However, ITV has now confirmed that they have since pulled the promo following Caroline Flack’s arrest.

who will be hosting?

Laura Whitmore has been confirmed as Love Island’s new host for the January 2020 series.

“To say I’m excited to be heading to Cape Town to host Love Island, the biggest show on television, is an understatement,” she said on her appointment.

“I want to thank ITV for trusting me at the helm of this huge show. I wish it was in better circumstances; Caroline is a brilliant host and also a friend. We’ve spoken a lot in the last few days since she stepped down. She has been very kind to me and strongly pushed me for this role.”

Previous Love Island host Caroline Flack announced in December she would be stepping down from the show, after she was arrested and charged with assault by beating.

Revealing the news on her Instagram story, the 40-year-old said: “Love Island has been my world for the last five years, it’s the best show on telly.

“In order to not detract attention from the upcoming series I feel the best thing I can do is to stand down for Series 6. I want to wish the incredible team working on the show a fantastic series in Cape Town.”

can I still apply to be on winter love island?

READ MORE: A Once-A-Month Contraceptive Pill Is Currently Being Tested By Scientists