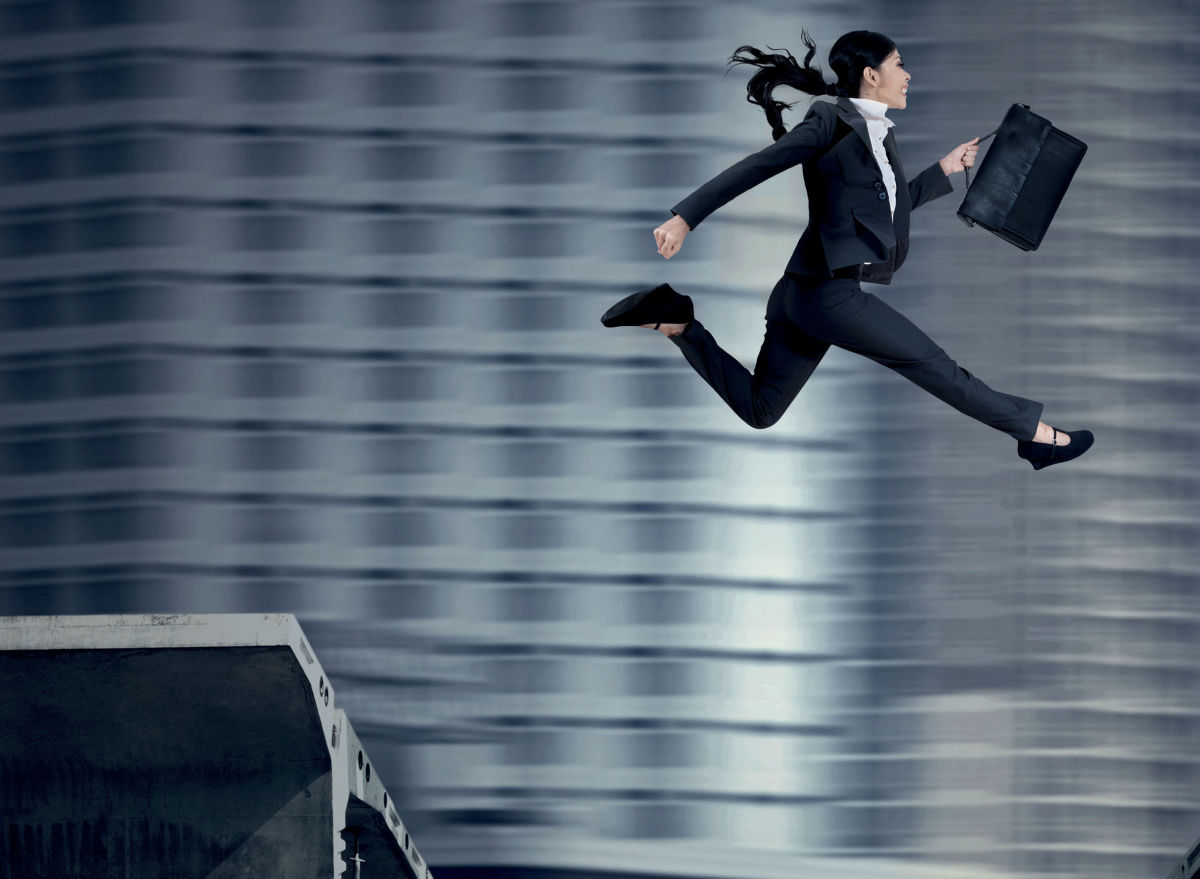 You Only Live Once, or YOLO, has become shorthand for acting on impulse and being spontaneous, but is it causing us to make rash decisions? Aoife Stuart- Madge discovers why PACE – that’s Plan And Carefully Execute – is the smart woman’s new mantra.

The YOLO backlash has begun. According to a report commissioned by travel website Lastminute.com the generation that are increasingly encouraged to embrace impulsive behaviour associated with the ‘You Only Live Once’ attitude are taking it to reckless new levels, going from impulsive to destructive. Take the top things the survey found we’re guilty of doing on a whim: Quitting a job ( ne, if you have savings, not so great if you tell your boss to shove it without a plan B); having an affair (never a good idea) and blowing money on an expensive gadget (how often do you really use that state-of-the-art juicer?). Given that living life on a whim seems to be a shortcut to becoming a broke, unemployed philanderer is it any wonder that there is a new four-letter acronym set to become a buzzword. PACE or Plan And Carefully Execute may sound boring, but the bene ts you’ll reap in the long-run will make up for it tenfold.

Dublin-based psychologist Allison Keating (Bewell.ie) explains, “As a society, we are becoming more individualistic, but the mantra of ‘you only live once’ is a load of rubbish. We need to realise that making good decisions requires planning and effort. We are getting this message to enjoy ourselves just in that instant, but in a negative way, rather than putting bit of work in to have sustainable joy in your life. If you are making a big life decision and it doesn’t feel right in that moment – even though you may feel temporarily good that you are doing something ‘bad’ – often it has far-reaching implications and the consequences far outweigh any momentary high.”

The major problem with the ‘act now’ mentality, adds Keating, is that most of our impulsive decisions are often prompted by emotions – and that’s when we can get reckless. “Decision-making really is quite a detailed process, and when we are coming from a place of impulsiveness, it is destructive. Impulsiveness is a kneejerk reaction to lots of other things happening in the person’s life, and this ‘you only live once’ attitude often comes from an angry, fearful place. From a mental health perspective, impulsivity leads to risk-taking which is not in your good nature. You literally could ruin everything else in your life just for that one moment.”

The success of PACE over YOLO is best demonstrated in The Marshmallow Test, a study into impulse control that began in the late 1960s. The experiment found that children who put off getting instant sugary pleasure in favour of waiting for something more in ten minutes were more likely to grow up to have academic and career success. In other words, the more we can control our impulses in favour of planning long-term goals, the better off we’ll be.

Lucy Gadkari, 26, a tech entrepreneur, knows only too well how careful planning can pay off. After eight months of hard work, she’s just launched her own app. Her brainchild is Moodoo, a mobile app that allows you to put together plans quickly and simply, akin to having a PA for your social life. The app launched in May – something Gadkari could never have achieved without a PACE mentality. “Setting up a business and all the work that has gone into it feels like a huge personal achievement. I am now fully immersed in planning the future of Moodoo on a daily basis. Whether it is mapping out our ve-year business strategy, devising a marketing approach or, of course, brainstorming around what experiences we hope our users will love!”

But PACE is about more than just writing boring to-do lists, Gadkari adds. It’s about knowing what you want in life and guring out how to get it. “Planning is different to organisation: it is less about knowing how to get something done and more about forward thinking and deciding what it is that you actually want to achieve. In my career, I’ve always considered it important to have my eye on the future, both in terms of how I want my career to develop and how I want to grow as an individual.”

And when it comes to career strategy, the YOLO generation have a lot to learn. “Thinking carefully about your career, your nances and your future is something that my generation shouldn’t gloss over,” warns Gadkari. “When I was young my dad had to tell me, ‘Engage brain before mouth, Lucy!’ Thinking things through properly and trying to consider all eventualities before taking action is always a worthwhile and important task.”

That’s not to say that life won’t still throw you the odd curveball. “I have found that no matter how much you plan and think something through, there is always the risk that it might not go the way you had anticipated,” Gadkari adds. “I’ve learned to deal with potential disappointment by accepting that there are some things that are simply outside my sphere of control. It’s a matter of turning disappointment into a positive.”

MAKING YOUR OWN LUCK

Careful planning can also help you get what you want in your personal life too, as PR Helen Jane Campbell discovered. “From a very early age I knew that thinking ahead reaps rewards. I had personal secret goals (to be married by 35) as well as more public goals, like owning my own PR rm, which I now do. Some people say, ‘oh you’re so lucky’ but most of what I do was always in the plan, even to the extent where I proposed to my (now) husband as I knew I wanted to stay with him and didn’t want to let that exciting milestone slip by into my 40s.”

Campbell adds, “Planning can help you feel more con dent. For example, if you’re going to a networking event and you’re nervous, by looking up who else will be there in advance, and reaching out to some of those people online, you can be sure that you’ll know a few names on the day and have people to meet for coffee and talk to, instead of standing in the corner feeling anxious.”

Campbell does admit that there is room for spontaneity. “I think we should all seize the moment, but remember to take a brolly, some loose change and a torch with you!”

And, believe it or not, being prepared doesn’t mean living like a girl scout all the time. “Planning can be really fun, whether it means doing self-defence classes prior to travelling alone or starting a wedding planning book shortly after getting engaged – planning is not the boring part of the process that some people might think it is,” says Campbell.

No matter how much you plan, it’s still important to be open to the unexpected adventures life throws at you. Keating says, “There is a big difference between being impulsive and being spontaneous. There is a different kind of energy with it. With impulsiveness, you’ll feel reckless doing it and that might be part of the excitement. Whereas when you are being spontaneous, it’ll feel authentic and right. You’ll be responding to your own needs rather than reacting to outside factors.”

Keating adds, “Avoiding impulsive reckless behaviour is not an excuse to live your life in a humdrum way. Happy people take risks. It’s really important to challenge yourself and a meaningful life comes from that. Put time and effort into the decision-making process as best you can but know that you can’t control the nal outcome. Ultimately, you are responsible if you are not happy in your job or your marriage. And you can do something about it.”