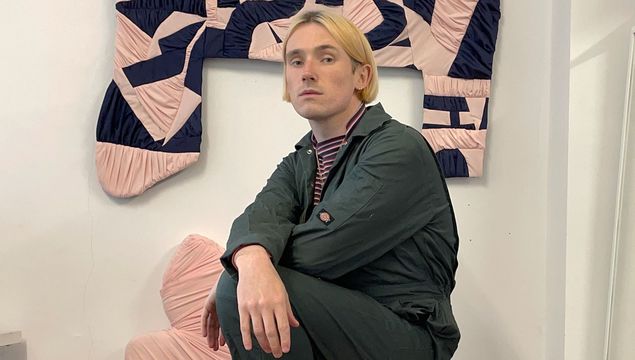 Richard Malone, the award-winning Irish artist and designer has collaborated on a new exhibition to celebrate Eileen Gray. Gemma Tipton caught up with the Wexford maverick.

You might think “fashion types” were hungry for the limelight, but Richard Malone is happy to share. Approached to make an exhibition in celebration of Eileen Gray, a fellow Wexford native, he immediately asked if he could invite others to the party. So far, so a-typical, but Malone has built his entire award-winning career on ignoring the obvious, dressing and collaborating with some of the world’s coolest women, including Tilda Swinton, Róisín Murphy, Björk, and Debbie Harry.

While creating shows for London Fashion Week, he also finds time to multi-task as an artist, performer, illustrator and photographer, and his work is to be found in the Museum of Modern Art (MoMA) New York, and the Design Museum in London. So it’s somewhat of a nice surprise to discover that Malone in person (or via Zoom at least) is charming, chatty, interesting and insightful.

Malone’s clothes are brilliantly shaped, tailored, pleated, swirled and structured, but they are also, crucially, sustainable. Eschewing mass production, his pieces are made with hand-woven cotton supporting regenerative farming, wools from the Mourne Mountains and jerseys made from regenerated ocean waste.

With this idea, that everything we choose and do can be a political act, I wonder what drew him to curate Making and Momentum, subtitled “in conversation with Eileen Gray”. An Irish pioneer of modernism, Eileen Gray’s masterpiece, E-1027 was built in the 1920s. It is a long low and truly beautiful house in Roquebrune-Cap-Martin, France. 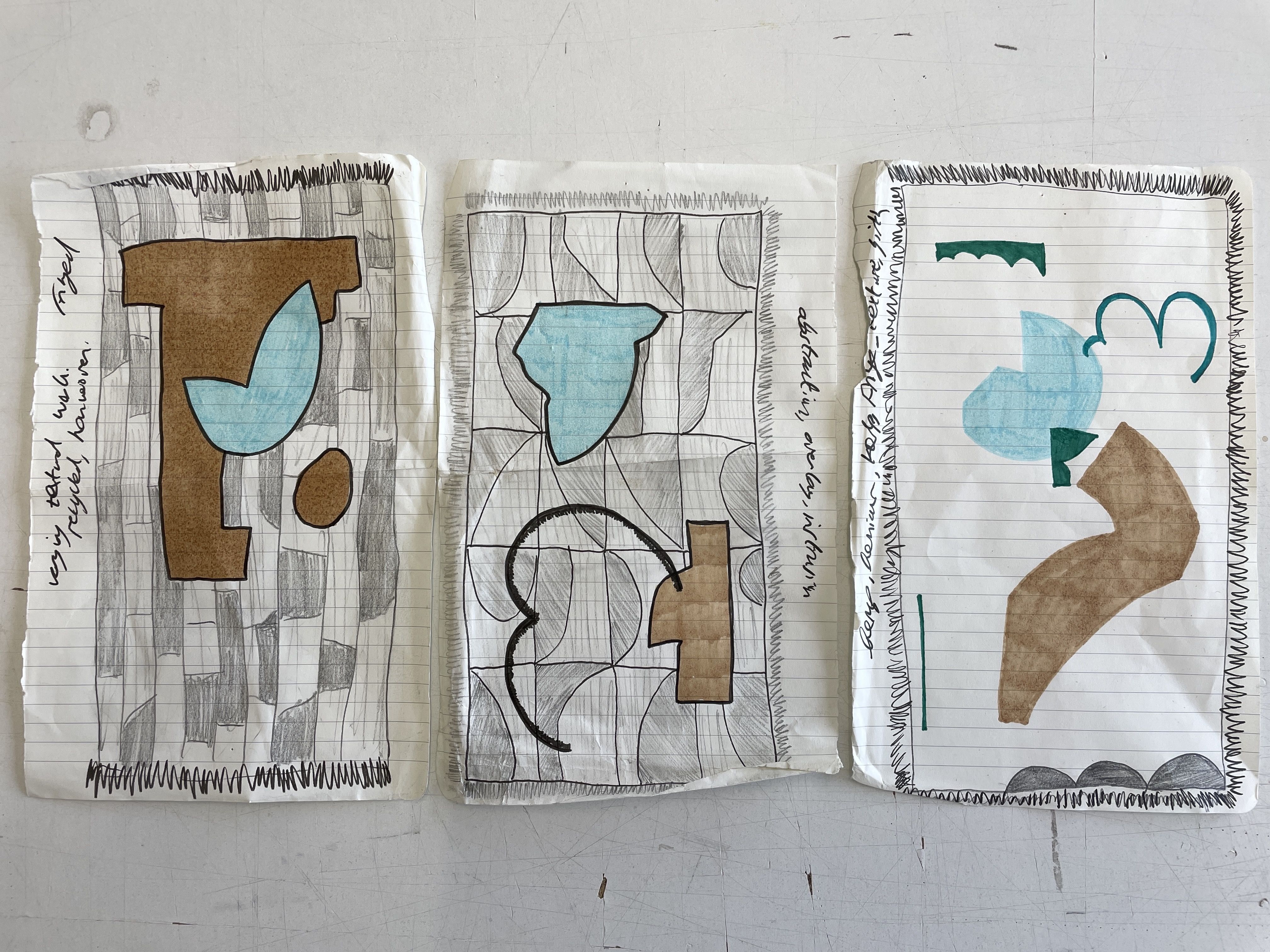 Malone’s exhibition will be on view in the town hall at Roquebrune-Cap-Martin, before going on show at Collins Barracks in Dublin in August, then Wexford in spring 2022. “I didn’t think it would be right to put just one person in dialogue with her work,” says Malone, of his choice to extend the invitation to artists and makers including Sara Flynn, Niamh O’Malley, Ceadogán Rugs and Mourne Textiles. The exhibition will also include work by Gray’s contemporary, artist Mainie Jellett.

The exhibition will also include work by Gray’s contemporary, artist Mainie Jellett. “What Gray inspired was quite different,” continues Malone. “So I reached out to artists who had work that doesn’t need academia for people to respond.” Academia, believes Malone, can take away the character that drives a work and its reception in the world. “What she gifted to a generation of artists and designers is a license to create and develop a language, to have a voice, do radical things,” he says.

Malone’s own knowledge of Gray came from his grandmother, Nellie. “It was told as a kind of proof that anyone can become anything from anywhere,” he says. “Gray is not defined by the things, or the places she’s from.” Malone believes his own background gives him a valuable perspective in the world of fashion. “Not having the upper-class educated upbringing, I react to things very passionately, and when people present me with this structure of what the fashion industry looks like – I’ve rejected it time and time again.” 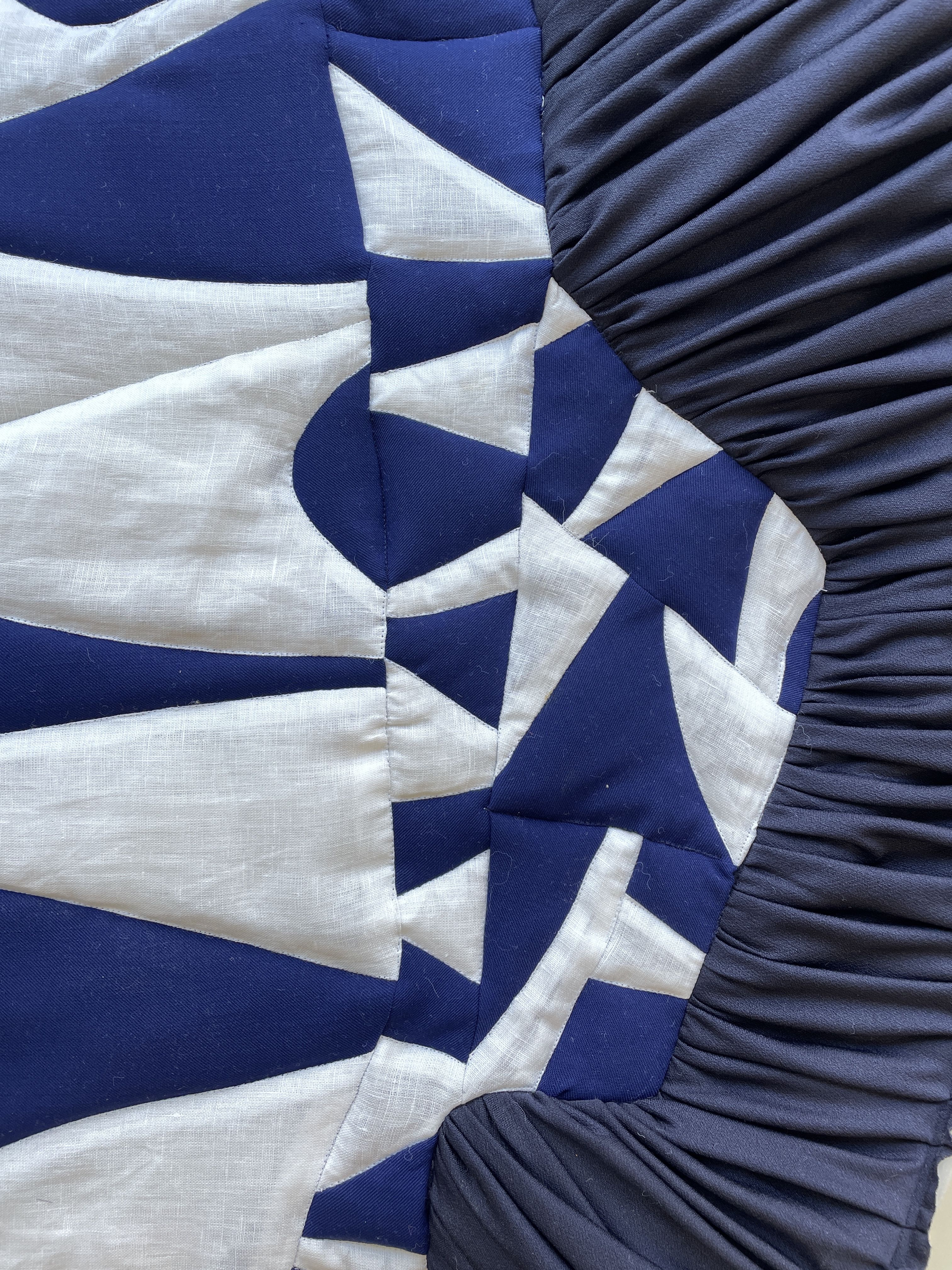 Details from one of Malone’s designs

A case in point was when he was invited to “do” a window at London’s Selfridges and turned it into a Repeal the 8th installation. “It got shut down,” he says, which clearly still annoys.

I ask what he’ll do when Chanel come knocking on his door asking, him to be their head designer. He laughs. “We had conversations with big houses about two years ago and I turned them down. It’s just not of interest.” Instead, he tells me how he worked at Louis Vuitton for a year before he graduated from college. “I think I had a big taster of what that’s like. I’m very lucky not to be from money, so when someone offers me money, I can leave it.”

He is relieved to see the conversations changing, to include sustainability, and the ethics of making. Still, there are hiccups. “Gucci,” he says, “saying they’re sustainable because they’re inspired by nature. That’s bullshit. Consumers can read that now, no one is stupid.” This brings us back to his choices for the exhibition. “It’s based on what feels right, not what goes together. Even if it looks like a total mess, it’s an honest conversation.”

Those conversations, about making, about origins and ethics, about looking, and feeling something about what you see are crucial to Malone’s vision. “My grandmother told me about Eileen Gray in a way I could understand, in a way that didn’t isolate her work. That generosity of sharing the story is really the core of this exhibition,” he says.

For Malone, and his grandmother before him, Gray proved that if someone has the opportunity, then they too can make radical work. “I don’t think I would have been able to see myself in the job I have now without those very early things that were told to me."

A collaboration between Richard Malone and Ceadogán Rugs

Making and Momentum opens in Roquebrune-Cap-Martin on 1 July. makingandmomentum.com

Richard Malone’s work also features in Out in this World at Epic, Dublin from 8 June for Dublin Pride epicchq.com, while Mulberry x Richard Malone launches this September