The Gender Pay Gap In Ireland In Numbers

Women in the European Union still earn on average 16% less than men, a slight improvement from last year's 16.2%. 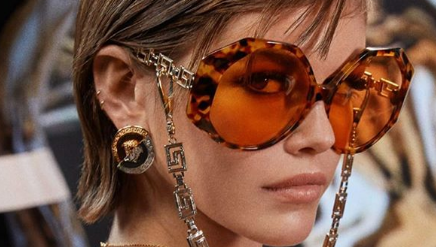 Still strong in Cork and Kerry, the tradition is so-called because Irish men take on household duties for the day, giving their spouses a break following a busy Christmastime.

January 6 – otherwise known by the monikers Little Christmas or Women's Christmas – has also grown synonymous with celebrating women’s achievements and highlighting what still needs to be done on the quest for gender equality.

While Ireland's reputation by way of feminism internationally has become the stuff of lore, there is still a long way to go to achieve a collective understanding and desire for equality of the sexes in our home.

It marked the day when women symbolically stop getting paid compared to their male colleagues for the same job.

The factors behind the pay gap are varied and complex, but generally, centre around the facts that:

Pay differences also depend on gender stereotypes and discrimination. The relative weights of these causes cannot be known without more pay transparency.

The Irish economy, at present, has returned to the thriving pace of the Celtic Tiger, but it masks an underlying inequality that’s still holding women back.

Could that be because – despite growing calls for an update – the home is still enshrined in the Irish Constitution as a woman's place?

The wording of Article 41.2 states that “by her life within the home, the woman gives to the State a support without which the common good cannot be achieved”.

It is further stated that because of this primary function as homemakers, mothers “shall not be obliged by economic necessity to engage in labour to the neglect of their duties in their home”.

In 1937 Eamon de Valera, the primary architect of the Constitution, claimed that “everyone knows there is little chance of having a home ... if there is no woman in it, the woman is really the home-maker”.

We know that this is fundamentally discriminatory and sexist and needs to be removed. It is also one that invokes much debate on broad issues around care and its role and value in society.

A positive and forward-thinking recommendation from the newly assembled Citizens Assembly – forming today – would be the proposal for a new referendum on Article 41.2.

The archaic clause could from then on be replaced with a new, gender-inclusive addition which would recognise and place value on care and care work in our society.

Today on #EqualPayDay, women earn on average 16% less than men. Written in the European Treaties 60 years ago, equal pay for equal work is still not a reality. That's why I will table measures to introduce binding paytransparency measures. We must give women and men equal rights!

A recent survey by Irishjobs.ie and Universum found that the gender pay gap often begins at the start of working life, given that many women set their pay expectations 10 per cent lower than male peers straight out of university.

At EU-level, different initiatives have been taken during the past five years of the Juncker Commission.

In 2014, the Commission adopted a recommendation on strengthening the principle of equal pay between men and women through promoting concrete pay transparency measures, including the right to information, pay audit, pay reporting inclusion of equal pay issues in collective bargaining.

Closer to home, the Irish government is drafting its own law to make it mandatory for organisations to report on the means and median average pay for men and women.

The move has been welcomed by Irish businesses and unions keen to build on the experience of the UK government, which introduced similar legislation in 2017.

One important aspect of the Irish update of the law, part of Ireland’s national strategy for women and girls, is the intention to make it compulsory for organisations to give some background context about their gender gap, rather than simply reporting statistics.

In the UK, providing additional information is not mandatory and thus is only published by some 16 per cent of organisations. The government is hoping that this will accommodate a far better balance.

The index revealed that a women's mean monthly earnings are €2,808 in Ireland, compared to €3,423 for men, while the full-time equivalent employment rate for women is 43.9% compared to 60% for men.

It also shows that, on average, a woman's working life in Ireland spans 33.1 years, in comparison with 40.1 for men.

Finally, the index disclosed that a woman's Constitutional right still rings true – as 88.7% of women cook and or do housework every day, compared with just 48% of men.

Winding down ready for work in the morning?#DidYouKnow that because of the #GenderPayGap, women effectively stop earning now until January 1st 2020?

Yeah, we're not happy about it either...

It's widely believed that to close the gender pay gap in Ireland we need to tackle low pay and low numbers of women at a senior level in public and private sector, invest significantly more in childcare to make it affordable for all and ensure wage transparency.

Which allows us to glean positivity from the fact that the Gender Pay Gap Information Bill 2019 is expected to be signed into law in 2020.

The Bill will require employers to publish information about any gender pay gaps, give reasons for these, and report on how they intend to reduce or eliminate gender pay differences.

To achieve this, the Irish Human Rights and Equality Commission is to draw up a code addressing disability discrimination in the workplace following a report by the Central Statistics Office that people with disabilities are twice as likely to be unemployed as those without a disability.

Realising that much more than ever is about to be done, we can remind ourselves that female inequality is not a problem without solutions.

As the Citizen's Assembly forms and aligns decisions, let us remain hopeful that women's equality in the workplace could see a game-changing twelve months in 2020 – leading Ireland's male-orientated workplaces to tackle newly considered ways of thinking head-on.

READ MORE: Here's How An Post Is Reducing Its Pay Gap