Yes – Imposter Syndrome Is Real, Here's How To Overcome It

When those impossible-to-ignore feelings hit, it's important to remember the good stuff.
Irish Tatler Staff 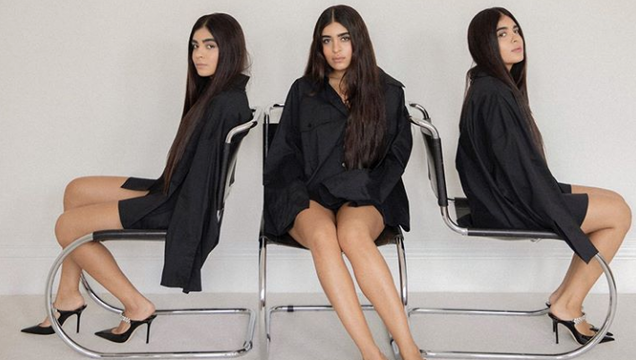 If you’ve ever felt like a 'fraud' at work, you're not alone. That feeling is known as imposter syndrome: a belief that your success is just down to luck, and that pretty soon, everyone’s going to sniff you out as a chancer. It's a real phenomenon and affects more of us than you probably think. Below, we chat with an expert for some simple ways to overcome it.

So, you just got a new job, you’re all excited and rearing to go and suddenly, you’re struck by a feeling in the pit of your stomach, telling you that actually, you can’t do this.

They clearly made a mistake hiring you.

You’re not cut out for the job.

And so the downward spiral continues.

Sound familiar? Don’t worry, you are far from alone in this.

In fact, some estimates say that up to 70% of the population experience imposter syndrome at some point in their lives.

While your skills and professional experience might accelerate your career, your mind spends time dwelling on thoughts that deems you unworthy of that progression and starts telling you that you don’t deserve to be there, making you feel like a fraud.

And as luck might have it, the higher you climb on the career ladder, the worse your imposter syndrome can become. At best, it’s a mild, uneasy feeling that you chalk up to nerves until you become more confident in your day-to-day. But at its worst, it's deeply debilitating anxiety that can actually hinder your job performance.

So, when you’ve made that brave leap of finding a new job, handing in your notice and joining a new team, how can you overcome your imposter syndrome?

An important first tip, which I got from my own boss Jane Gormley is to trust the people who hired you. A group of experienced, knowledgeable individuals have met, considered, discussed and evaluated you. They are familiar with the business or team that you’ve moved to and have determined that your skills and person are correct for the role. Take major faith from this.

If you struggle to admit that you’re good at your job, believe your manager is good at theirs. Trust that they know what they’re doing and believe that you would not be able to fool them into giving you a job that you didn’t deserve.

Research shows that negative interactions carry much more weight than positive ones, and the ‘magic ratio’ of balance means that it takes five positive interactions to compete with just one negative one. This is why imposter syndrome is so hard to fight, but on the bright side, this metric gives us something tangible with which to fight it.

Write down five strong, objective, irrefutable facts about your skills and abilities. This should be easy if you just landed a new job because you probably wrote down your skills and achievements in your CV. Did you lead a successful project? Can you recall some positive feedback from your previous employer? Did you smash your targets? Once you’ve got these down on paper, keep them close, memorise them and repeat them to yourself whenever you’re feeling unsure about your abilities in your new role. These facts are the reason you got this far.

It’s OK not to know everything. Remember, you’re brand new to this job and even if it’s similar to previous roles you’ve had, there is always going to be a learning curve. Again, I spoke to my boss Jane about this and she said knowing what you don’t know is a maturity many lack, but it’s key to extending your skills. Don’t see these gaps as a sign of weakness or lack of abilities, but rather an opportunity to learn and grow.

Another important tip from Jane is not to feel rushed in to make a massive, unrealistic impact in your first few weeks. Remind yourself constantly that you’re in a new job, so if you don’t know exactly what to do straight away, it’s not because you’re an imposter, it’s just because you’re new. And your managers should be aware of that too.

As with most feelings of anxiety, it’s important to remember that you’re not alone. Starting a new job is scary and it’s important to recognise that. In fact, starting a new job is so daunting that people often stay put in jobs they’re unhappy in even when all the signs are there telling them it’s time to go. So, if you have landed a new job and you feel like a fraud, remember that you were brave enough to put yourself out there in the first place and talented enough to get the job.

So, you can absolutely do this. You’re doing really well, in fact. Just keep going!

READ: The Interview Questions You Should Be Asking

READ MORE: Suffering From WFH Posture? Here's How To Fix That