Once And For All, This Is How To Stop Living Paycheque To Paycheque

Sure you could spend it all in the Zara...but what's a new dress when you can't afford bread? 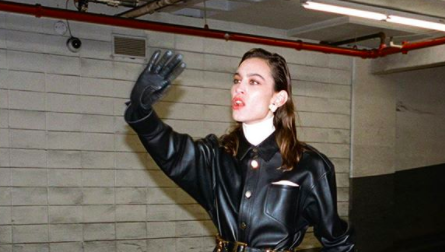 More than three-quarters of full-time workers live paycheque to paycheque. Here’s how to break the cycle and improve your financial outlook.

Tired of living from paycheque to paycheque? You're not alone.

As it turns out, many people are finding their finances stretched too thin. According to a recent survey, roughly 49 per cent of Americans are currently living paycheque to paycheque and 61 per cent don't have enough savings to cover six months of living expenses.

While these numbers are based solely on the US, it's hard to imagine it's in any way different for those living in Ireland. With the cost of rent being unattainable and the idea of owning your own home is somewhat of a pipe dream - living paycheque to paycheque is, sadly, inevitable.

The fact is that saving is hard, even in the best of financial circumstance. It's even harder when you're living paycheque to paycheque or just starting out in your career on a tight salary and budget.

But with careful budgeting, there are ways to stretch your limited funds that bit further. Sure, it takes discipline and resistance to a Zara sale but it's not impossible to get even €1,000 of saving under your belt each month.

For some, it means stretching a low salary to make ends meet while taking on side hustles. For others, it may mean paying down debt and closely examining lifestyle choices.

Below, is the answer to the 'how to save money' you furiously google each month.

We all know we must save, but for what? If you're hoping to start seriously saving, you're going to need more motivation than someone just telling you it's a wise thing to do. Start with really spending your time understand why you want to save. Maybe you want to go on the holiday of a lifetime, maybe you want to feel more stable in case of an unexpected expense, maybe you want to start a family. Or maybe, you just really want a Chanel purse. Whatever the reason, once you've got a clear goal in your head and heart, it will make it that much easier to make those hard but crucial sacrifices along the way.

Even If It's Just €1, Set Some Money Aside

Saving even just €1 every month is a step toward building a habit of saving. The best financial advice I've ever been given is to "never spend a fiver".

It may not seem a lot but if you take every €5 note you ever receive and put it away for a rainy day, you'll be surprised how quickly it adds up and how soon you'll be able to treat yourself to that Chanel handbag.

If you plan to save “whatever’s leftover” after you spend the rest of your paycheque, you’ll never put anything away. Whether you’re building up emergency savings or putting money away for retirement, that money should come out first, ahead of the rest of your spending. Set up an automatic transfer on paydays from your direct account to the savings account of your choice. The more you can put on autopilot, the better.

Take A Hard Look At Your Expenses

Sometimes a paycheque to paycheque existence means you’ve locked yourself into a lifestyle you can’t really afford. The general rule of thumb is that your monthly housing expenses should be 28 per cent or less of your monthly gross income.

If you are outside of that range, you may want to consider moving to a less expensive neighbourhood or downsizing or getting a roommate. The same goes for that luxury car or even that daily cup of coffee.

Charge For Your Talents

If you’re good at something, chances are you can turn it into another stream of income.

Think of something you’re passionate about, whether it’s cooking, writing, music, or art and find a way to make your everyday pleasures generate another stream of income. It's all about the side hustle.

Be Patient With Yourself

Moving to a savings mind frame for someone who hasn’t saved is similar to moving to a healthy eating lifestyle for someone who eats mostly fast food. It’s hard to break spending habits and it's even harder when you start to take it out on yourself for not having more money. This usually isn’t an easy fix.

READ MORE: How To Nail A Job Interview, According To A Recruitment Expert