It’s said that the death knell has tolled for retail, ushering in a new era where kindness is the new economic and social capital. But does that just allow capitalism to take mere mortals for granted under another guise? 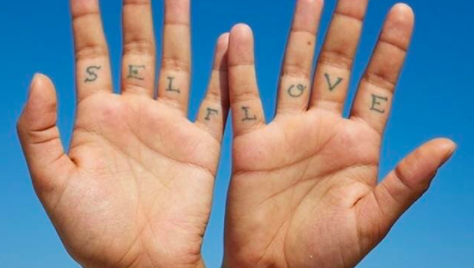 Following decades of conservative dominance, a movement of leftwing economists is building a practical alternative to neoliberalism, based on a new set of values.

Reactive, radical and even nostalgic at times, kindness has become a major driving force in the modern economy.

This utopian reverie works by the redistribution of economic power so that it is held by everyone –– just as political power is rationed in a democracy.

This reshuffle can be seen by way of employees taking ownership in the company they work for, or local councillors rejigging business plans to favour those with ethical business practices over corporate greed.

An economy for the many, so to speak. But has kindness in this way always existed on a graph?

According to Mary Portas, the renowned retail consultant and founder of Portas agency who coined the phrase ‘The Kindness Economy’ in her TED Talk, the basis of this new shift is threefold: people, planet, profit.

“Put your people first, because the planet will continue without us, but if we want to be on it, we need to change,” she says. “Put people first and it will be us that can make that change happen.

“And this means both people in your business and people outside your business. Not consumers or staff: people.”

This all sounds well, good and even antidotal to the vapid, influencer-led culture with which we’re familiar –– but given that sussing shortcuts is essentially human nature, should we be concerned that this new normal is essentially creatively-marketed spin?

The most topical example of this is the recent rise in greenwashing – the process of conveying a false impression or providing misleading information about how a company's products are more environmentally sound than they actually are.

Sustainability influencer Fionnuala Jones, who by her own admission “fell into paid content accidentally”, has worked with a number of brands, despite an initial reluctance to do so.

“As a consumer, doing sponsored content was something that didn’t sit well with me for a while. But then I realised it could be really fun and enjoyable. This, as I learned from others, is part of the game and there’s no shame in it, even if I don’t think my content has value, it absolutely does.

"Even if it doesn’t take me an inordinate amount of time or skills, it still takes time and resources.”

One job saw her working with a brand whose products didn’t align with her ethical or environmental values. She originally said no, expressing her disdain for the immorality at play, only for the brand to attempt to sideline her by way of free garb.

Eventually choosing the best offender, Fionnuala has been racked with guilt ever since.

“I did it and I don’t necessarily regret it, but I knew myself even reflecting on it after that there’s a contradiction there,” she tells Irish Tatler.

“The fact of the matter is that I’m kind of still promoting something which obviously completely goes against my beliefs.”

This new normal has infiltrated every inch of the marketable stratosphere, for better or for worse.

For instance, the current pandemic has, arguably, brought out one positive thing in us, our collective altruism. As the virus gradually spreads, so does our solidarity, featured by way of singing from balconies and medical volunteers.

But, as the old joke goes, denial is a mighty river. And even it has its limits.

What COVID-19 has really shown us is that the economy is almost exclusively more important than helping society's most vulnerable.

We last saw this drip-fed by way of Texas Governer Dan Patrick, who on Monday last suggested that he and other grandparents would be willing to risk their health and even lives in order for the US to “get back to work” amid the coronavirus pandemic.

“Those of us who are seventy plus, we’ll take care of ourselves. But don’t sacrifice the country,” Patrick said on Fox News’ “Tucker Carlson Tonight.”

The Republican politician was riffing on a theme that President Donald Trump has been hammering at this week, framing the dilemma posed by the coronavirus as either save the entire US economy or save the worse-off.

"We cannot let the cure be worse than the problem itself," Trump tweeted Sunday.

The implication of Patrick's comments obscured the fact that he was merely speaking aloud about a prejudice that's been lurking in the American psyche for quite a while; vulnerable people should be willing to experience less.

Vintage-inspired brand RIXO experienced this by way of textile exploitation when they first began to cut their teeth in the rag trade.

Speaking about this on the Brown Thomas podcast, co-founder Orlagh McCloskey revealed how she and fellow co-founder Henrietta Rix have repeatedly refused to settle for distributors whose ethics do not align with theirs.

“When we first went to get our supplier, I came in with two pieces and said ‘tell me how much you could make these for’, and they would come back with ‘well, how much do you want to sell them for?

“That wasn’t the question and that’s not how I want to work as a business. That commerciality isn’t right.”

Managing Director Claire Buckley felt much the same when she set up Buck & Hound PR some four years ago.

“I was determined that the agency would put people before profits, seeing first hand that if you are considerate of your stakeholders, the business will invariably be a success.”

This, she reveals, has meant making some tough calls when it comes to new clients.

“More than once I have had to say goodbye to accounts that were profitable but not good for the soul. Fortunately, we rarely come across them and have the pleasure of working only with brands with moral compasses.”

As coronavirus grapples with the world’s belief system, what interests me isn’t the misinformation of some or the apathy of others, but that capitalism keeps turning, albeit under a myriad of guises.

What we think of as the great, ongoing, Manichean arm-wrestling match that keeps our planet spinning may attempt to shift favour out of the hands of greed and into the laps of the considerate, but a certain vigilance is definitely necessary.

The invisible grip of the market may fail to comprehend how powerful the other hand – the one that gives rather than takes – is, but neither does that open hand know itself or its own power.

It should. We all should.

READ MORE: Celebrating Our Everyday Heroes – Championing All At The Simon Community During COVID-19

READ MORE: The COVID-19 Good News – About Ireland – You Need To Hear