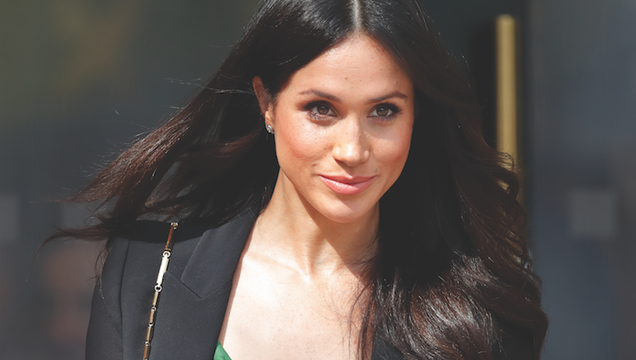 She fell in love with a prince and has given up a successful career to become a royal wife. Has Meghan Markle thrown away her career dreams, or has she actually played her strongest move yet?

It doesn’t matter if none of us are flag-waving Royal fans. We might even have derisory views of heads of state that are there by birthright. We are still big enough to admit that even we are low-key fascinated by the impending nuptials of the youngest prince of England and his glamorous American fiancée.

Meghan Markle, 36, is American, divorced, bi-racial and, up until quite recently, had a successful career as an actress. In fact, she was a sexy love interest in a hit US TV show that ran on a cable network and had upwards of three million viewers per episode. It doesn’t exactly chime with the stuffy formalities of an institution like the British Royal Family and, yet, here she is becoming Prince Harry’s wife, the Duchess of Sussex.

Steeped in tradition the House of Windsor may be, but Harry has always been pegged as the fun-loving, relaxed Prince. It’s true – the pressure he and his future wife will face will be less than that of his brother William and his growing family. Unlikely to ever be crowned King, the couple have a certain amount of freedom to pursue interests outside of the rigid traditions and insiders are hinting that Harry is keen to push his own agenda, picking up where his mum, the People’s Princess Diana, left off. 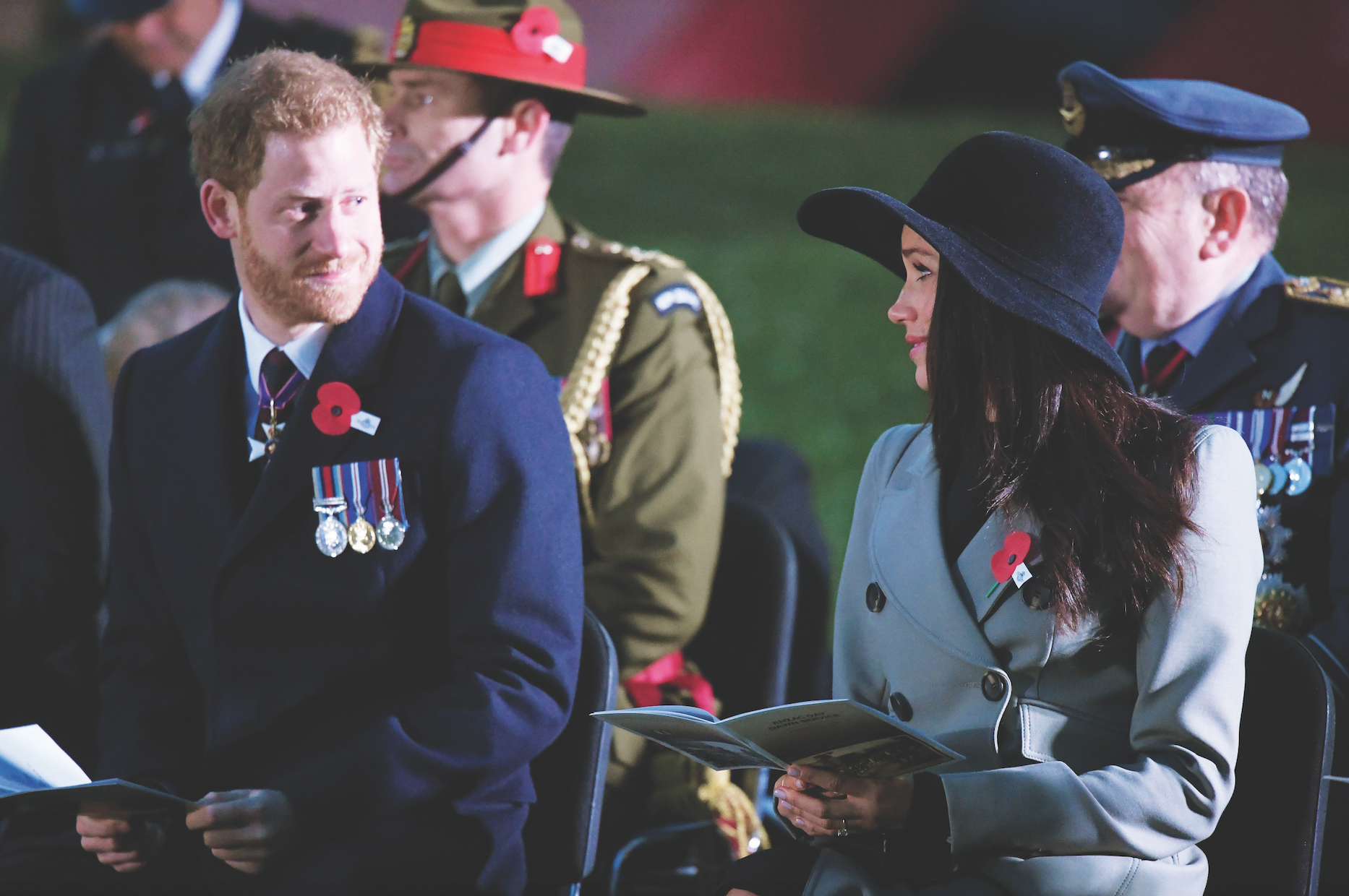 The look of love: the nearly-weds on Remembrance Day

To the surprise of no-one, it was announced at the start of the year that Markle would be leaving her role as Rachel Zane in TV show, Suits. Perhaps a little more eyebrow raising for the rest of us was the culling of her Instagram account and the demise of her passion project, The Tig, a lifestyle blog she set up in 2014. Brand Meghan has been nixed in favor of Brand Royals – anyone who has watched The Crown will know that marrying into it is to take it on as your full time job alone.

Antiquated! I hear you cry. What a narrowing of independence! We shudder. But if the rumours are to be believed, Harry and Meghan are about to become the power couple that subverts all that has gone before. Life as a royal comes with a big focus on humanitarian issues and Markle has also had a noteworthy career as an activist of sorts. While her new position as ‘Prince Harry’s fiancée’ is grabbing most of the headlines, she has been a passionate campaigner on social and humanitarian issues for many years.

Along with lifestyle, wellness and travel tips, The Tig showcased her interest in social issues and politics. Through it, and other platforms, she has spoken about topics such as segregation and gender equality. She has been a global ambassador for World Vision, an advocate for UN Women, and a counsellor for the UK-based charity, One Young World. At that charity’s 2014 Summit here in Dublin, she sat on a panel that discussed challenging gender stereotypes and bias in the media, before they became buzzwords and popular hashtag movements.

If you still need convincing that Markle’s game face is anything but an actress putting on a great show, watch her standout speech on gender equality at the UN’s Women’s conference in 2015. It went viral online – no doubt helped by her relationship with Prince Harry, but it’s certainly powerful in its own right.

She spoke passionately and shared stories that revealed her sense of social justice and awareness of the importance of gender equality started when she was very young: at the age of 11, she was incensed by a washing up liquid ad that stated, ‘Women all over America are fighting greasy points and pans.’ She wrote to the brand in question, and to high profile figures, including one Hillary Clinton, to draw attention to the casual sexism. Clinton responded and pledged her support. Some months later the ad changed to, ‘People in America are fighting greasy pots and pans.’ Round one to Ms Markle.

So before we feel too sorry for the Meghan that had to ‘give up’ her work ahead of marrying, it’s worth asking the question: what is she planning to do with her new position? And is it possible that her new role, a position that many may regard a ‘charade’, could prove to be a bigger, more genuine calling than any TV show could provide? Markle is well positioned to do much good through her new career – and she’s got the brains and the experience to maximise the opportunity. 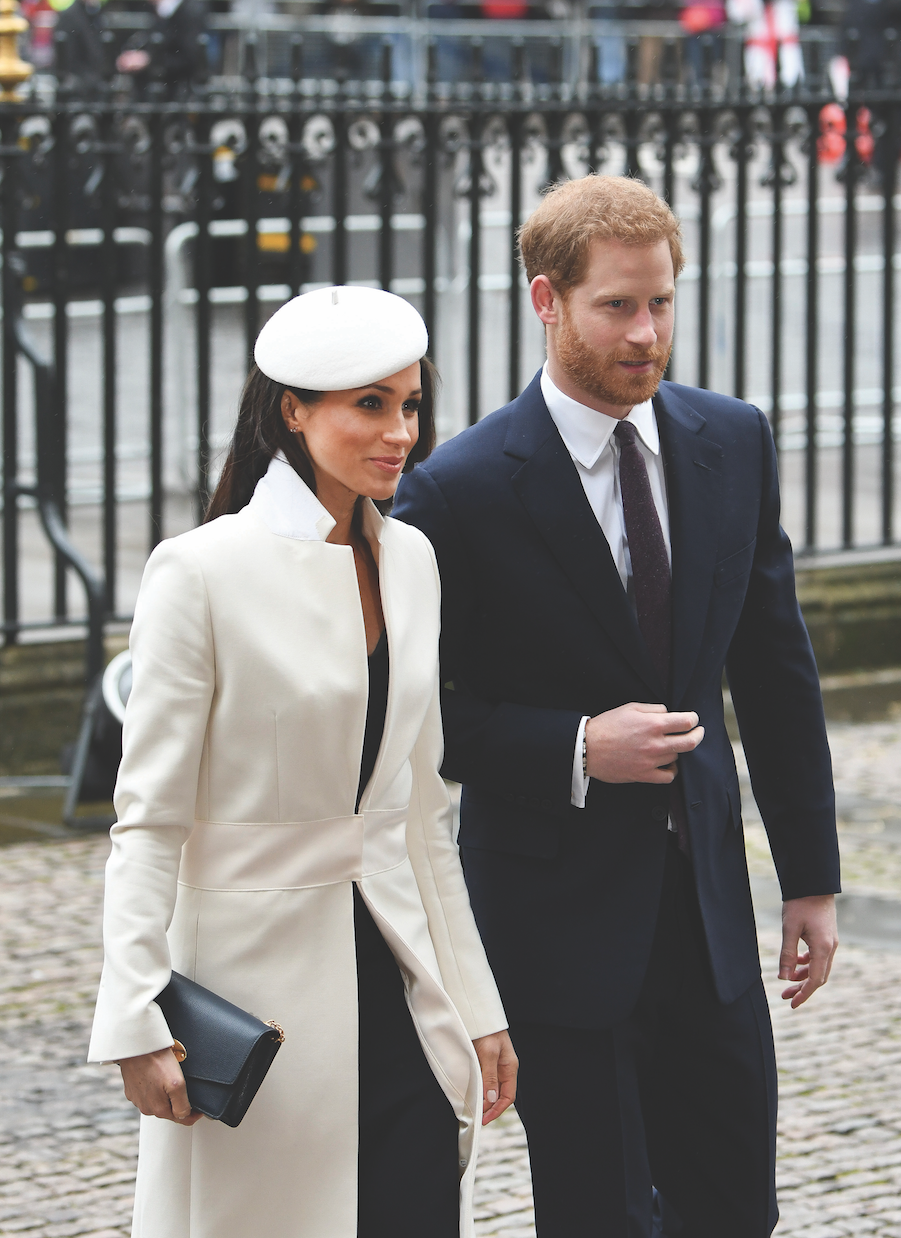 Meghan and Harry: the most watched couple of the moment

Ahead of the wedding, Markle and Prince Harry requested donations to a selection of charities in lieu of presents from well-wishers and the British public. They’re setting the tone for their lives together and making it clear that they intend to walk their own paths, with advocacy and creating social change high on the agenda.

While in general the Royals steer clear or politics and try to remain neutral on most matters, Markle has already positioned herself as someone who is willing to challenge the status quo. During the Royal Foundation forum, she casually mentioned current equality-focused social media campaigns, saying, “I think right now in the climate that we’re seeing, with so many campaigns with #MeToo and #TimesUp, there is no better time than now to really continue shining a light on women feeling empowered and people really helping to support them.” While not a particularly scandalous viewpoint, her comments skirted close to what could be considered political, and caused ripples in more conservative areas of the UK press.

Already, Markle’s humanitarian focus and dedication to social change have brought inevitable comparisons to the late Princess Diana. So too have come the onslaught of think-pieces that decry how Markle has willingly handed over much of her independence in deciding to marry Prince Harry. In a time of greater freedom and naming injustice, it could be, in fact, that Markle has positioned herself to be the woman who changes history by turning royal protocol on it’s head. And if she does have an exceptional career doing good? Long may it live.

READ MORE: Why was Monica Lewinsky uninvited to this social change event?