It will apply to parents who are employed or self-employed during the child's first year. 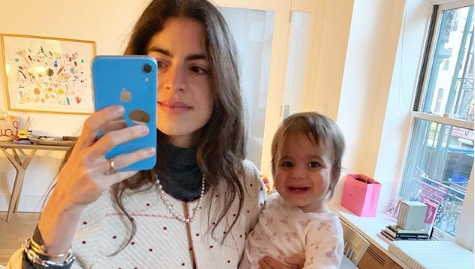 Paid maternity and paternity leave will be extended by two weeks for parents of newborn and adopted children in Ireland from today.

The new legislation will provide for extra paid parental leave for each parent of a child who is born, or adopted, from 1 November 2019.

From today, new mothers and fathers will each be entitled to two weeks of ‘paid parent leave’ within the first year of their child being born at a rate of €245 per week – the same rate paid for existing maternity and paternity leave.

These two weeks are in addition to the existing maternity and paternity leave, and unpaid parental leave entitlements already available to them.

The Parental Leave and Benefit Bill was published by Minister for Justice and Equality Charlie Flanagan, Minister for Employment Affairs and Social Protection Regina Doherty, and Minister of State with responsibility for Equality, Immigration and Integration David Stanton.

The new bill comes after the government announced the extension of unpaid parental leave from 18 weeks to 22 weeks and an additional two weeks from September next year.

Speaking about the new legislation, Doherty said: “This payment is in addition to existing maternity, paternity and adoptive leave entitlements.

"It will provide working parents with a further opportunity to spend more time with their new baby during its first year which is of particular importance,” she stated.

Before now, new mothers were entitled to 26 paid weeks of maternity leave and had the option of an additional unpaid 16 weeks at their own discretion.

Now, following the initial 26 weeks payment under the maternity leave scheme, new mothers can avail of an additional two weeks paid parents leave at the end of this.

Fathers are now entitled to four weeks of paternity leave to be taken within the first year of the baby's birth, instead of two.

These weeks are paid at a benefit rate of €245 per week from the Department of Employment Affairs and Social Protection.

Companies can then organise, at their own discretion, whether they want to top this up in line with their employee’s normal wage.

In addition to the above maternity and paternity leave, new parents are also entitled to up to 22 weeks unpaid parental leave each, which can be taken in one bloc or two split blocs, before their child reaches 12 years old.

READ MORE: Ahead Of Silly Season – What Does Ireland's Tipping Law Actually Mean?