A Brief History Of Women In Irish Politics

"There's a reason they refer to it as 'Pale, male and stale'." 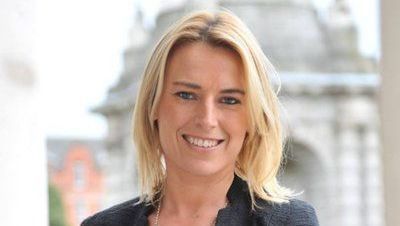 The news that the US House of Representatives has increased its democratic intake of females by 556% in some 30 years has conquered world media, and rightfully so, as it appears that the rest of the world seems to be somewhat lagging behind, politically.

As well as this, 478 senators – who reside in the Upper House of the Oireachtas – have also graced the halls of Leinster House. 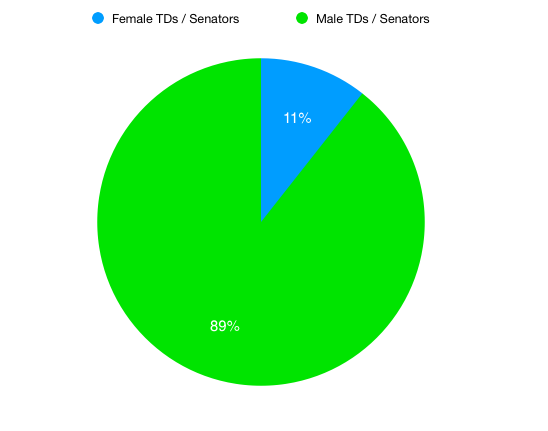 Emerging from a society with virtually no industrial structure, the parliamentarians of the 1910s were mostly minor public servants, farmers, teachers, lawyers, doctors as well other educated professionals. Their profile widened in later years, reflecting the transformative change in Irish society and economy, most notably in the increasing number of women elected in recent decades.

The Irish Parliamentary Party, which had dominated nationalist politics since the early 1880s, won 73 of the 105 Irish seats at Westminster in 1910. It held just six in 1918, four of which, in the North, were retained as a result of a pact with Sinn Féin brokered by the Catholic primate, Cardinal Logue.

Sinn Féin won 73 out of the 105 Irish seats in the 1918 general election for the Westminster parliament, of which 25 were uncontested.

READ: Frances Fitzgerald On The Only Way Equality Can Work

Unionists won 26 seats, all but three of which were in what is now Northern Ireland, and the previously dominant Irish Parliamentary Party won just six.

Sinn Féin MPs decided to implement their manifesto pledge of abstention from the Westminster parliament and summoned all elected MPS to their alternative parliament, 'Dáil Éireann'.

#OnThisDay - 7th Jan 1919 - the 1st (private) meeting of #DáilÉireann - “That we, the Republican Members of the Irish Constituencies, in accordance with the National Will, are empowered to call together the Dáil Éireann and proceed to act accordingly.” #Dáil100 #seeforyourself pic.twitter.com/EtX5kCfGaE

Women over the age of 30 and working-class men over 21 were allowed to vote for the first time, with seismic changes to follow.

The reason the age limit was put in was that, had it not been, the number of women voters would have been far in excess of the men.

It was thought desirable that women and men should be somewhere about on a parity, and so the age of thirty was decided. This Act gave the vote to 8.4 million women across the UK and Ireland. 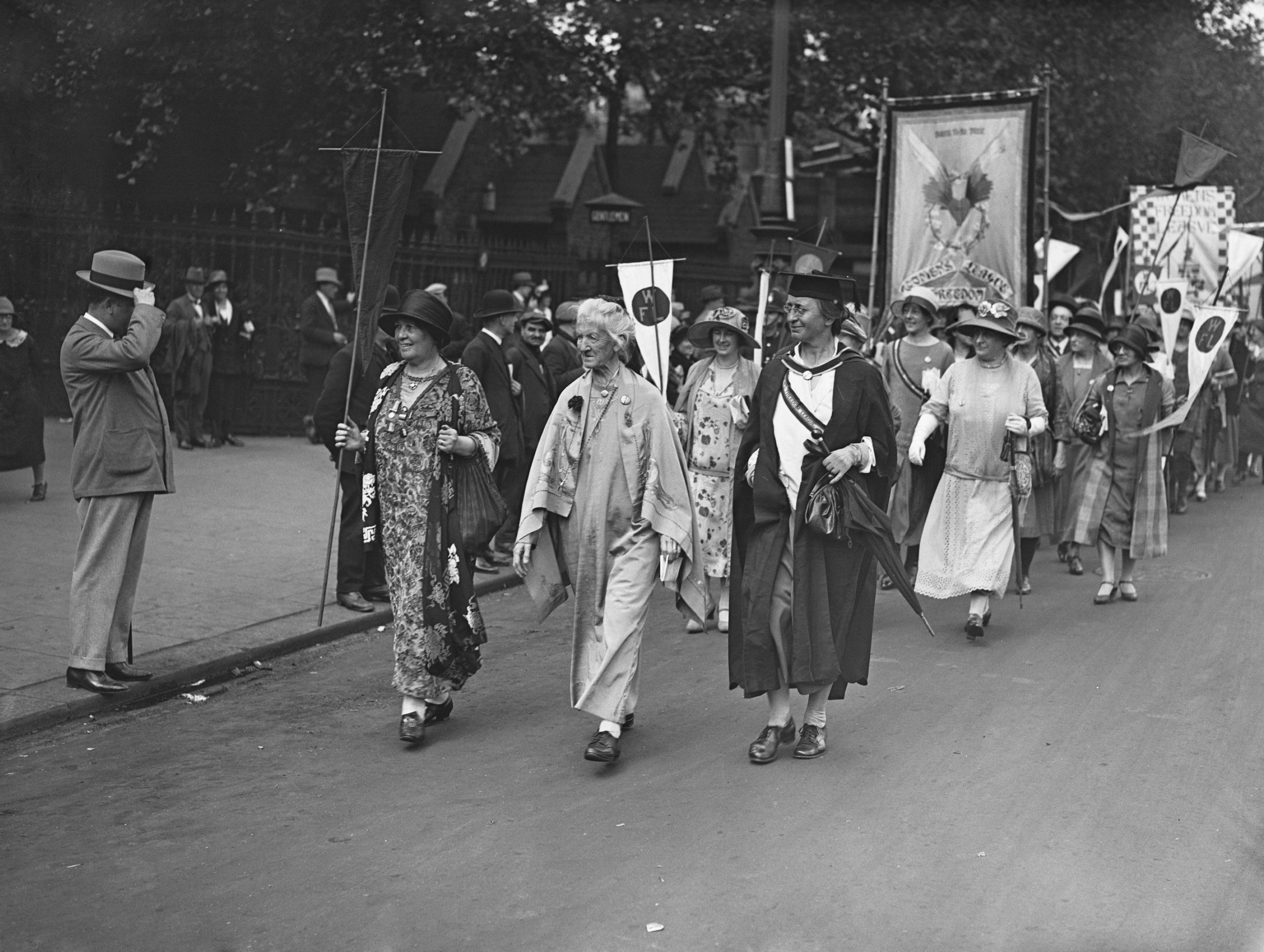 While Sinn Féin did target the new female voters with broad hints of political power in the new Ireland – “as in the past, so in the future, the womenfolk of the Gael shall have a high place in the councils of a freed Gaelic nation” – just two of the Sinn Féin candidates were women and just one, Markievicz, was elected.

However, Markievicz’ rise to political power did not pave the way for parliamentary-inspired females as much as one would’ve expected or hopes, as in the 100 years since women won the vote, only 114 women in total have been elected to the Dáil.

Universal suffrage (lowering the voting age for women to 21) was introduced to the Irish Free State in its 1922 Constitution, but women in Great Britain and the newly created Northern Ireland had to wait until 1928 for full voting equality.

There was a 60-year gap before the Irish Government had a second female minister after Markievicz when Charles Haughey appointed Máire Geoghegan-Quinn as Minister for the Gaeltacht in 1979.

Geoghegan Quinn’s ministerial appointment ushered in an era of considerably greater political participation by women in politics in the Republic. Eighty-five of the 114 women TDs have been elected since 1981.

The appointment of Nuala Fennell – who served as Minister of State with responsibility for Women’s Affairs and Family Law Reform 1982-87 – ignited a fire in the belly of Irish women’s politics. This, along with Mary Robinson’s election as Irish President represented a growing significance of women in political life.

The Troubles in the North sparked parliamentary flames also, with real-life experiences encouraging women like Arlene Foster to promote real change and rise to become the leader of the DUP in 2015. 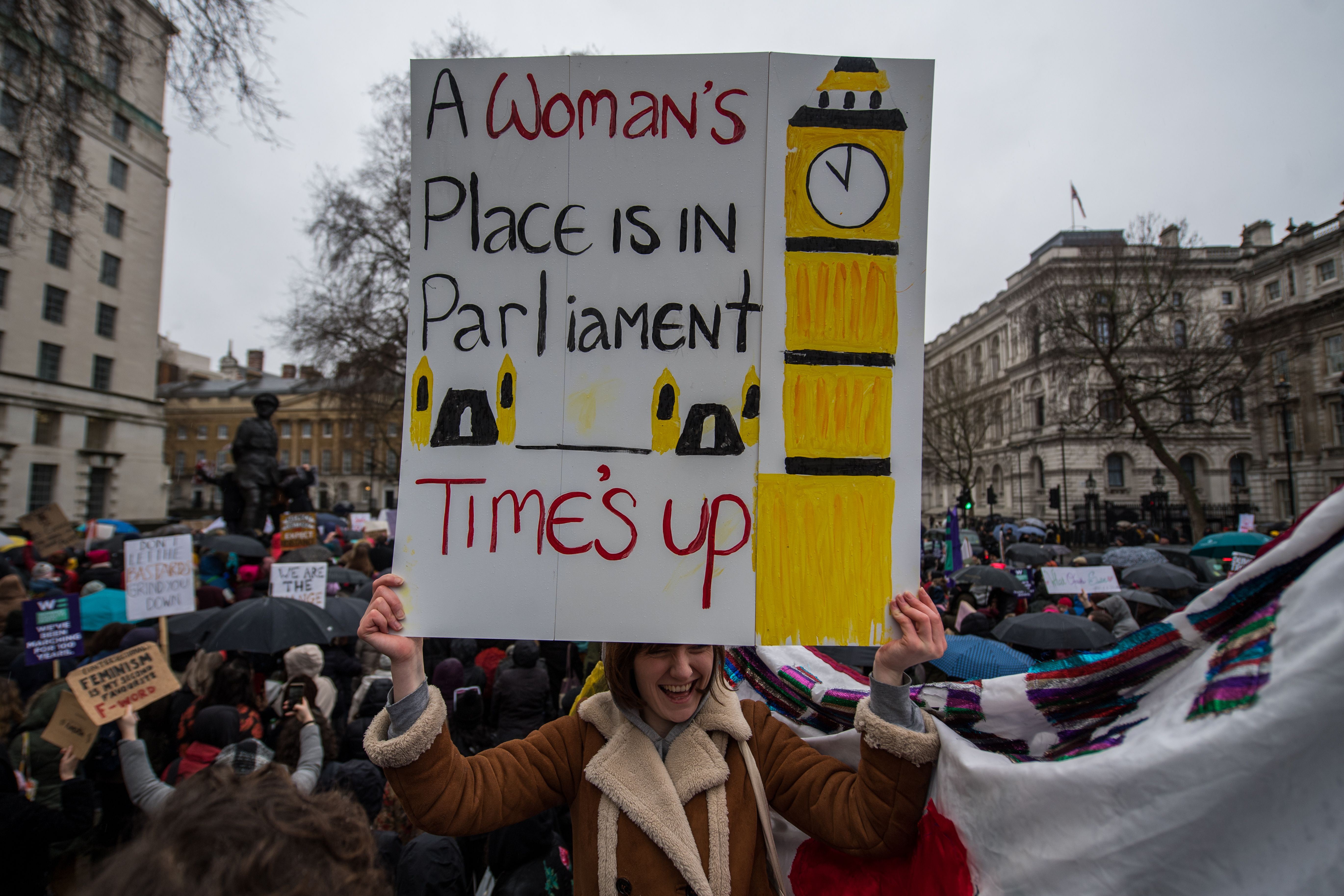 In 2011, a conference entitled How to Elect More Women was held in Dublin Castle by the Irish Government with the attempt to entire female TDs. The event, which aimed to promote the Dáil as a more gender-balanced workplace, obviously worked as later that year, 25 women were elected to parliament, boasting a new record for the Irish Government. Female representation rose from 15% to 22%.

This record was then trounced again in 2016 as a historic General Election led to 35 women being invited to represent in the 32nd Dáil, a 40% increase on just five years earlier.

As it stands, of the 158 members of the current Dáil, 34 are women. With elections coming up in February and despite gender quotas coming thick and fast, the numbers of women keen to get into politics still remain low.

And for those who've considered a more parliamentarian way of life – two huge factors continue to play. Culture and courage.

Purist Ireland will say that women don't belong in central Dublin fighting for the likes of the vote and bodily autonomy, but, Women for Election do.

Women for Election (WFE) is an Irish non-profit organisation which trains and encourage women to enter politics has welcomed the announcement.

CEO Ciairín de Buis said May’s local elections could be a game-changer in terms of gender balance in Irish politics.

Since they began work in 2012, WFE has trained more than 1,000 women from all around Ireland and across 18 EU member states.

Education has always been the key and WFE are providing that in droves. The 2019 local elections – WFE's top priority at the moment – comes just after the year of #Votáil100, the 100-year anniversary of some Irish women getting the right to vote and stand in parliamentary elections.

"We owe it to the suffragettes to continue their work," de Buis believes.

Local elections are critically important for women in politics, with politicians and advisors alike likening them to training grounds in which elected representatives can hit the ground running.

Building a support base must come locally through community engagement. Women being elected at local level lights a fire in the belly of the soon-to-be politically engaged female politician who wants to get on the ballot paper for the general election.

Equally, they may decide the council is where they want to be. Both are important and women need to be at both.