No – It's Not Okay To Ask A Woman If She's Pregnant

Despite working on the most impressive and grandest stages of the world, women in the public eye are always asked the same question.
by Kate Demolder

If last week is anything to go by, it’s clear that not even a global pandemic will stop people from making unsolicited comments about women’s wombs.

Last Monday, rumours about Lea Michele’s pregnancy led to a certain tabloid’s observation that she “had no bump” in December. The reporter then revealed that, according to Michele’s latest Instagram photo, “it is hard to tell if her midsection is bigger”.

Days later, following speculation of her pregnancy, Gigi Hadid confirmed the news virtually to The Tonight Show’s Jimmy Fallon by saying, “It’s a nice silver lining to be able to be home and be together and really experience it day by day."

However, during the moving interview, Hadid made a point of highlighting the fact that she had been denied the opportunity to share her and Malik’s baby announcement on their own terms.

“We wished we could have announced it on our own terms,” she said. “But we’re very excited and happy and grateful for everyone’s well wishes and support.”

Due to relentless hounding – as well as new media's obsession with a woman's fertility – the 25-year-old was forced to reveal the details of her private information to a hungry audience.

The obsession continues, as Zoë Kravtiz has just had to shut down another baby question.

The actress, musician and frankly the coolest woman on the planet joined Dax Shepard on his Armchair Expert podcast.

“Do you think you’ll have a baby,” the host asks Kravitz, quickly adding that he knows it’s a triggering question.

“When you get married or engaged, the first thing people ask you is ‘when are you going to have a baby?’” she replies. “I think it’s what they ask women, not men.”

Kravitz continues: “A lot of people ask the question: ‘When are you gonna have a baby?’ or say things like: ‘When’s the baby?’ and I really get offended by people assuming that’s something that I have to do because society says so.”

Although she is under no obligation to explain her choices, Kravitz adds: “Right now, I’m certainly not in a place where I think I’m able to do that just cause of work and also just, man, I don’t know, I like my free time.”

This, by no means, has been an isolated incident.

Margot Robbie was also recently pushed to reveal more in an interview where the 28-year-old was asked repeatedly about when she would be starting a family.

Relating to her Mary Queen of Scots character – Queen Elizabeth I, a 16th-century monarch who famously did not conceive an heir, which creates a major point of contention in the film – somewhat method, Robbie spoke candidly about having no time for check-ups on the status of her womb.

While speaking to Radio Times on Tuesday, the 28-year-old actress, who married British director Tom Ackerley two years ago, points out how society’s pressure on women to have children hasn’t changed much in approaching 500 years.

“I got married, and the first question in almost every interview is, ‘Babies? When are you having one?’ I’m so angry that there’s this social contract,” Robbie told Radio Times.

“You’re married, now have a baby. Don’t presume. I’ll do what I’m going to do. Only women get asked that when they get married. Men don’t," she added.

While, admittedly, asking a woman about her intentions to conceive is far too personal for any interviewer to ask anyone – it takes away from the fact that Robbie is one of the most celebrated women in her field at the moment.

An Oscar-nominee, Robbie has just signed on to play Barbie in a live-action film about the iconic doll. She’s Sharon Tate in Quentin Tarantino’s Once Upon a Time in Hollywood alongside Brad Pitt and Leonardo DiCaprio, and finally – she has just portrayed the Tudor queen who ushered in the culturally vibrant Elizabethan era.

Another woman to experience the same treatment is that of Outlander star Caitriona Balfe.

Right now we all need each other ..’Love Wins’ designed by the wonderful @CharlieMackesy is on sale NOW in the @ComicRelief shop. All profits going to support vulnerable people who are most at risk during the Coronavirus crisis #Lovewins comicrelief.com/love-wins ❤️❤️❤️

The four-time Golden Globe nominee – who recently graced the pages of Vanity Fair – took to Twitter to set the record straight, after reportedly being inundated with fans inquiring whether or not she was pregnant.

The onslaught came in response to a photo Balfe shared of herself, Outlander co-star Sam Heughan and 50 Cent at a recent For Your Consideration event for the Starz drama.

“To all those who think it’s appropriate to ask,” Balfe wrote, “No, I’m not pregnant. Just having my period and was bloated… So yeah… Thanks for asking."

She concluded her post with a pair of hashtags: "Not really" and "Not all stomachs are washboards.”

Setting aside how rude this question is from a body image perspective, fertility issues are an entirely different and far more personal matter – meaning that your flippant question can lead to the re-earthing of past traumas.

Perhaps, the next time you consider asking someone about their innermost personal life, don't?

READ MORE: What To Do When You Need To Talk Someone, But Can't Because Of COVID-19 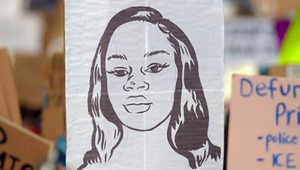 The Family Of Breonna Taylor – A...

She was killed when police burst into her home using a "no knock" a...

The Family Of Breonna Taylor – A...

She was killed when police burst into her home using a "no knock" a... 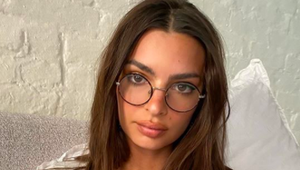 The 29-year-old model recounts a 2012 encounter with photographer J...