From Michelle Obama to Maura Higgins, these women know how to aim high
Donna McCarthy 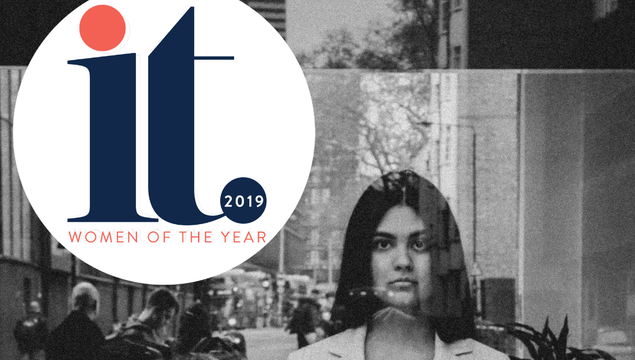 In a post #MeToo world, women have risen from the misogynistic ashes, dusted off dated constructs and championed female power and unity.

Reflecting on female history and understanding just how far we have come (albeit, not quite there yet), makes us feel extremely proud to be a part of the modern sisterhood.

Collectively, our spark is infinite and we feel so motivated to by the incredible female game-changers continuing to rise up the ranks and break through barriers.

The future is certainly a bright one!

Ahead of our Irish Tatler Woman Of The Year Awards 2019, we've created a list of very special women who, at the rate they're going, could very well rule the world by 2030.

Alexandria is a Latina-American politician, activist, Democratic Party member who is also a U.S. representative for New York’s 14th congressional district. In 2018, Alexandria became the youngest woman ever to serve in the United States Congress, she also often challenges a certain president on a powertrip.

Aside from wonderful performances and Australian charm, Margot is championing women in the film industry with her film Birds of Prey (2020). The entire movie’s team is female. Just when you thought she couldn’t be any cooler.

In 2018, Cork native, Samantha Barry became the new editor of Glamour US (no biggie). Samantha decided to cease publication of the print magazine in order to focus on the digital model. Forward-thinking, that's our girl.

Trending Today: I Thrive on Being Uncomfortable", Sam Barry Shares

The Female US Soccer Team

Journalists and hosts of pop culture podcast The High Low Podcast, Dolly and Pandora are both career and friendships goals. The very funny duo evoke intrigue towards their podcast topics and have you second-guessing whether you are listening to a podcast or having good conversation at coffee with friends.

Yael Aflalo founded the sustainable fashion brand, Reformation, in 2009. The brand’s success champions a new business approach to retail. In 2017, Reformation’s estimated revenue was over $100 million. Every Insta-cool girl is a fan, therefore we are too.

Dubliner, Sinéad Burke is a writer, influencer, TED Talk speaker, Council of State member, academic and activist for fashion inclusivity. In 2019, Sinéad became the first person with achondroplasia to attend the Met Gala in New York City and most recently, Sinead was handpicked by Meghan Markle to feature on the cover of the September issue of British Vogue that the Duchess of Sussex guest-edited. Casual.

Making her own mark in the world Michelle Obama continues to capture hearts with her ease, grace and intelligence. Her bestselling memoir, Becoming, is a must-read. #Michelle4Prez

Irish body-positivity activist, entrepreneur, Bite Back podcast host and bestselling cookery author, Roz Purcell spotlights a happy, healthy and enjoyable way of life. Her enthusiastic personality and quality content are super uplifting, but we are forever starving and swooning over her recipes.

Emilia Clarke embodied female empowerment as the Mother of Dragons, Daenerys Targaryen in the HBO phenomenon, Game of Thrones. Daenerys represented the most desirable, powerful and impactful example of a female character in modern television.

Saoirse Ronan is an award-winning Irish actress who gained international recognition following her Best Supporting Actress nomination at the 2008 Academy Awards for her role in Atonement. She was 13 years old. Saoirse has been on the road to success ever since and has featured on the Forbes 30 Under 30 list.

The daughter of Hollywood royalty, Zoë Kravitz epitomises cool, individuality and allure. Zoë has always been one to watch, however, obsession reigned supreme through her role in the hugely successful, woman dominated television show, Big Little Lies.

London fashion blogger and stylist Monikh Dale differentiates from the masses with her natural beauty and timeless style. Her blog and Instagram account are the holy grail for fashion, beauty and home decor inspiration. Follow...check.

Had to be done...Longford’s Maura Higgins champions female solidarity on ITV’s Love Island. Her wit, loyalty and zero tolerance for BS. (especially from the opposite sex) makes her the friend we all need.